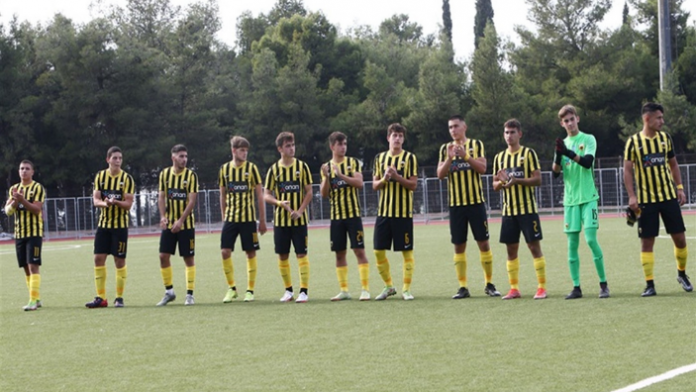 The Greek Football Federation is eyeing off Australian youngster Dimitri Valkanis, who is the son of former Socceroo Michael Valkanis.

According to FTBL, the 16-year-old is currently turning heads in Athens as he plays with AEK’s Under 17s team, but Dimitri is so far resisting all overtures as he only has eyes for the green and gold.

“Now I have my Greek passport I was approached to join a Greece U-17s (talent identification) camp, but really all I want to do is play for Australia,” the ex-Melbourne City rookie told FTBL.

“They’re still looking at me and still want me but my heart is really with Australia.”

In his first year at AEK, Dimitri has helped the U-17s reach the end-of-season national semi-finals where they face Aris, with the promise of facing PAOK in the final.

Dimitri says his success is down to his “different” playing style, as well as the influence of his dad Michael.

“I’ve watched my dad playing as a kid and that’s what gave me a love for football,” the Adelaide-born centre-back said.

“I want to try and copy what he achieved and maybe one day play for even bigger and better clubs.”

For his part, Dimitri’s dad says his son is “certainly a bit different” and he’s “more than happy he wants to represent Australia.”

“When he told me I got goose-bumps. I was really proud of that,” the former Socceroo star concluded.