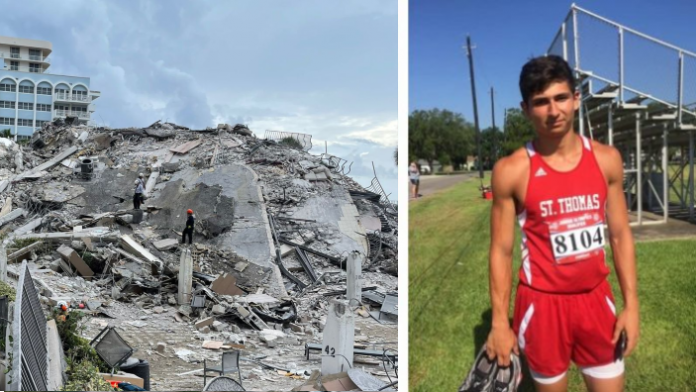 Greek American student, Andreas Giannitsopoulos, who was missing after the Champlain Towers South condo collapse near Miami, has been confirmed dead by authorities today.

“My son was the strongest person I know and the best part of my day. We had such plans for his future,” his mother, Tina Giannitsopoulos, told NBC News after authorities confirmed they had found her son.

She, other family members and friends were staying at a rental complex outside Miami while they waited to hear whether he had been found.

Giannitsopoulos was studying Business Strategy and International Markets at Vanderbilt University, Nashville, but was staying with his godfather in Miami at the time of the building collapse.

According to NBC News and friends, Giannitsopoulos’ relatives got through the tense days before his death was confirmed by trading stories and jokes about him.

But then came word that authorities had found him. Before Tina Giannitsopoulos went to meet with detectives, she belted out a loud cry. It took a few minutes for her to regain her composure.

“I’m so proud of you Andreas, thanks for being the best boy in the world,” she said. “I know everybody says that, but he was truly gold.”