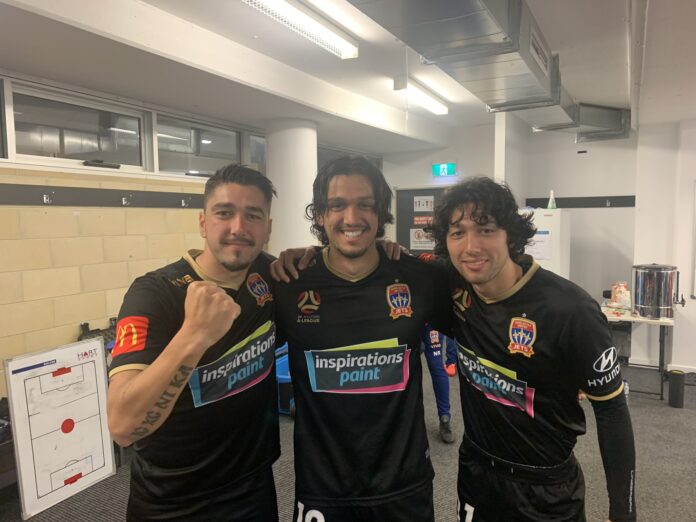 The glorified Petratos trio will no longer be gracing the A-League after Dimitri Petratos announced that he had signed a deal with an unnamed Saudi Arabian Professional League club.

Jets will reportedly receive an undisclosed fee for the 27-year-old, who enjoyed his most successful season with the club in 2017-18, scoring 10 goals in 27 appearances.

Before moving to Newcastle, Petratos had a one-year stint at South Korean side Ulsan Hyundai. The Greek-Australian couldn’t manage to score in any of his appearances for the club.

The Newcastle Jets played their final game of the season last night, beating Wellington Phoenix 3-0. Dimitri and his brother Kosta were part of the winning squad, with Maki Petratos left as a substitute.

The World Game reached out to Petratos’ agent James Hardy, who refrained from making any comment on his client’s future.

However, he did say: “Dimitri has had a fantastic year, as have the entire team as a collective since (coach) Carl Robinson came in.”