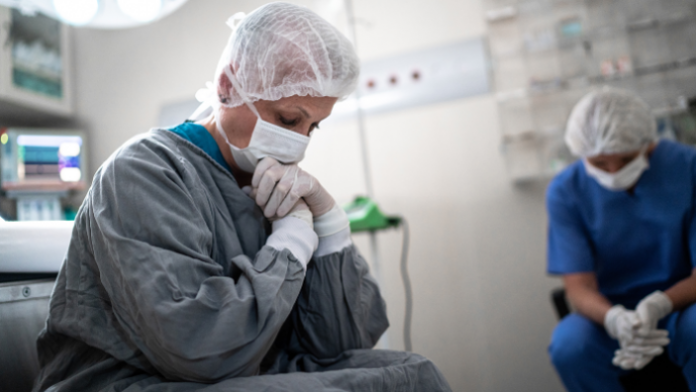 Greece on Tuesday announced the highest ever number of new coronavirus infections with a whopping 21,657 cases.

This is the first time authorities have reported a five-digit number. The previous record was set just one day before, with 9,284 new cases.

The National Organisation for Public Health (EODY) also announced 60 deaths, down from 66 on the previous day. There were 629 patients on ventilators.

These record cases come as the Greek government announced new restrictions on Monday to contain the spread of the Omicron variant.

The restrictions, which will be in force from January 3-16, include entertainment venues having to close by midnight and half of the employees in the public and public sectors having to work from home.

Greek Prime Minister, Kyriakos Mitsotakis, will chair a meeting on Wednesday morning to discuss whether the implementation of these new measures should be sped up.

But this hasn’t stopped Mitsotakis, who is currently on holiday, from coming under fire by the Opposition leader, Alexis Tsipras, over the weekend.

Mr Tsipras accused the government and Mitsotakis in particular of ignoring calls from the opposition and from experts for measures earlier to stem the spread of the virus.

“The only person who is not outraged by the government’s incredible incompetence is Mr Mitsotakis himself, who continues to be on vacation, while the country is on the brink,” a statement by the SYRIZA party said.

Since the start of the pandemic, there have been 1,105,885 confirmed coronavirus cases in Greece, with 20,557 fatalities.