‘Doesn’t sit well with me’: Nick Kyrgios withdraws from the Tokyo Olympics 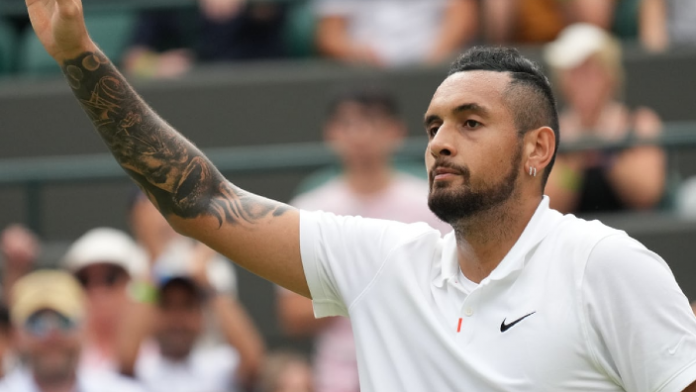 Australian tennis star, Nick Kyrgios, has pulled out of the Tokyo Olympics, announcing his move in a social media post.

Kyrgios, who retired from his third round match at Wimbledon with an abdominal injury, said it was a decision he did not take lightly.

Posting just hours after Olympic officials announced that the Games in Tokyo would go ahead without spectators following a surge in COVID cases, Kyrgios said the lack of fans influenced his decision.

“It’s been my dream to represent Australia at the Olympics and I know I may never get that opportunity again,” he wrote on Twitter.

“But I also know myself. The thought of playing in front of empty stadiums just doesn’t sit well with me. It never has.”

Kyrgios withdrew his name from selection from the Rio Olympics in 2016, after a feud with then-chef de mission Kitty Chiller, who said his behaviour suggested he did not “understand what it meant to be Australian.”

However, the Canberra native was picked for Tokyo after taking most of 2020 off due to the COVID pandemic.

He returned in the Australian Open, losing a five-setter to Dominic Thiem in the third round, before skipping the French Open in May.

Kyrgios showed some trademark form and shotmaking at Wimbledon before retiring hurt in his third-round match against Felix Auger-Aliassime with an abdominal injury.

In his statement, Kyrgios said he “wouldn’t want to take an opportunity away from a healthy Aussie athlete” ready to represent the country.

“I will also take all the time I need to get my body right. Good luck to all the Aussies competing and I’ll see you back on the court real soon,” he concluded.