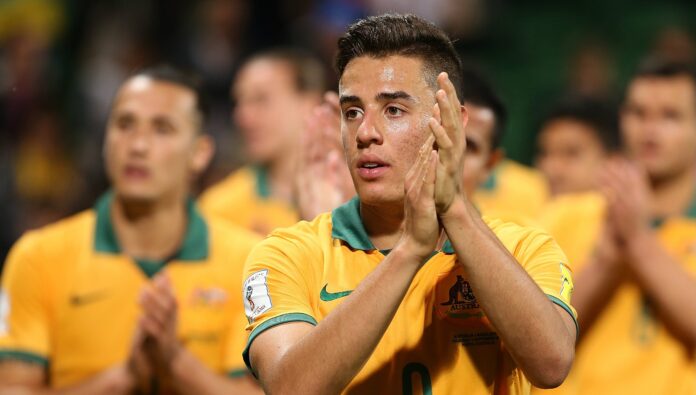 In-form Glory forward Chris Ikonomidis has been named in the Socceroos squad which will continue its quest for a place at the FIFA World Cup Qatar 2022 by playing four qualifiers in Kuwait throughout June.

The 26-year-old, who currently has 12 Socceroos caps to his name, has scored four times in nine appearances for Glory since returning to A-League action in mid-April.

He will be looking to re-establish himself in green and gold as Graham Arnold’s side complete their final four Round 2 Group B Asian qualifying fixtures against Kuwait, Chinese Taipei, Nepal and Jordan, with all four games set to take place in Kuwait City.

“It’s always an honour to be included in a national squad,” he said, “and I’m really looking forward to joining up with the group in Kuwait and playing my part in helping us take another big step towards qualifying for Qatar 2022.

“I’m thoroughly enjoying my football and would like to thank Richard Garcia and in particular the medical staff here at Glory for all their help in recent months.

“They have been fantastic with me and I really appreciate everything they’ve done.

“In terms of the Socceroos, winning those first four qualifiers back in 2019 has given us a great platform to build from and I’m confident that we can do exactly that in these next four games.”

Glory Head Coach and former Socceroo Richard Garcia, meanwhile, is delighted that Ikonomidis will again have the opportunity to shine on the international stage.

“Everyone at the club is extremely proud to see Chris named in the squad,” he said.

“His selection is a deserved reward for all the hard work that he has put in behind the scenes as well as the fine form that he has shown on the field.

“Chris is a great professional as well as a great player and we look forward to seeing him continue his international career and help drive the Socceroos on to Qatar 2022.”

11 of the 31 players selected have already arrived in the Middle East ahead of the first game which is against Kuwait on Thursday 3 June, with the remainder set to arrive at varying times according to their respective club commitments.

Following the clash with Kuwait, the Socceroos will face Chinese Taipei on Monday 7 June, Nepal on Friday 11 June and Jordan on Tuesday 15 June.