Erdogan tells Greek PM to ‘know his limit,’ while ruling out a unified Cyprus 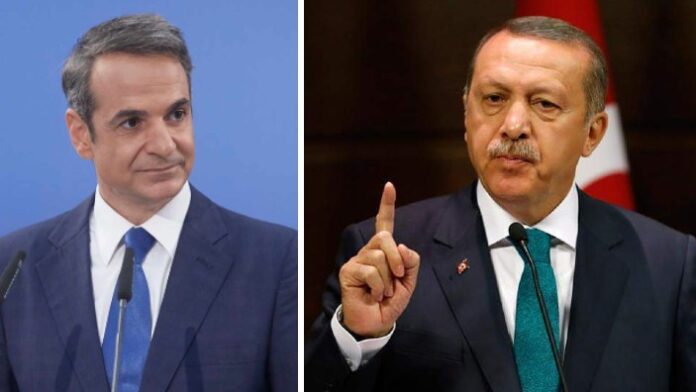 Speaking in Parliament, Erdogan told lawmakers from his AK Party that he could not meet with Mitsotakis, despite a resumption of talks between the two NATO members over their maritime disputes.

Erdogan said Mitsotakis had “challenged” him and called on the Greek PM to “know his limits.”

“Even though we agreed to continue explanatory talks with Greece in March, Mitsotakis targeted us once again. Now, how can we continue our talks?” Erdogan said.

The remarks came in response to Mitsotakis saying on Monday that the only viable solution to the Cyprus issue is the creation of a unified state on the island.

“The only viable solution is a bizonal, bicommunal federation with political equality.”

The Turkish president dismissed Mitsotakis’ proposal on the issue and further stated that: “The Greek side has not made the slightest change in its stance disregarding the existence of Turkish Cypriots on the island.”

“Two-state solution is the sole option for Cyprus, a federal system is no longer an option on the agenda,” Erdogan added.