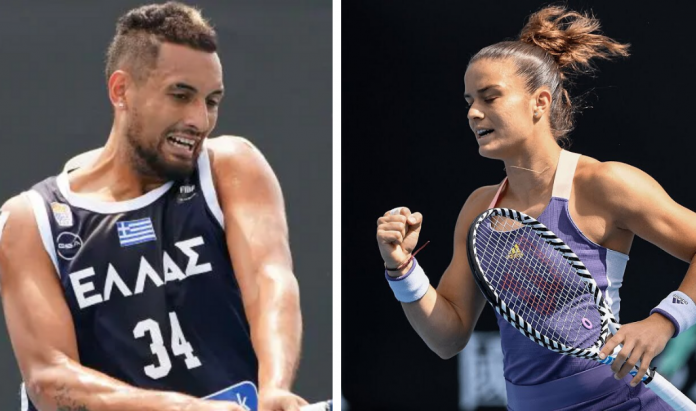 Kyrgios first game in the Australian Open was not without drama, even if the drama did not come from him. With a blackout on court mid-game, Kyrgios still managed to secure a win against Italian Lorenzo Sonego.

At 3-4 in the second set Melbourne Arena fell into darkness, forcing a short break, but the issue was resolved quickly enough and didn’t appear to disturb the momentum of the match.

The 23rd seed got a solid workout from the world No.53 but was never broken and eased to victory in two hours and 13 minutes.

Despite appearing at ease during the match, Kyrgios admitted being edgy as he took to the court, particularly given the focus on the Australian bushfires and his involvement in raising funds, saying he was playing “for a lot of people”.

“Just with everything going on, walking out there, I was a lot more nervous than I have been in previous matches,” he said.

“The crowd was unbelievable. I got comfortable quite early in the match. I played an unbelievable first set, which helped. I thought the pressure kind of eased off after I won that first set (but) he didn’t go away.”

The crowd offered generous support and applause for Kyrgios and the good vibe continued after the match when he said he’d love to go to the Tokyo Olympics and represent Australia in July.

It comes after Australian Olympic Committee president John Coates said he’d like to have him there – four years after a bitter AOC fall out with Kyrgios and Bernard Tomic, resulting in the pair not going to the Rio Games.

“I wanted to play just as much the last time the Olympics were around,” Kyrgios said.

“I feel like if I’m there, I’ve got a genuine shot at winning a medal, one. I’d love to be there with other the athletes representing Australia, two.”

Kyrgios will now play Gilles Simon in the second round after the Frenchman beat Pablo Cuevas 6-1 6-3 6-3.

Sakkari also secured her spot in the second round of the Australian Open, after a win against Russian Margarita Gasparyan (6-2, 6-2).

The 24-year-old player from Athens needed only an hour and a half to secure her place in Round 2 of the Australian Open and was very focused and in control.