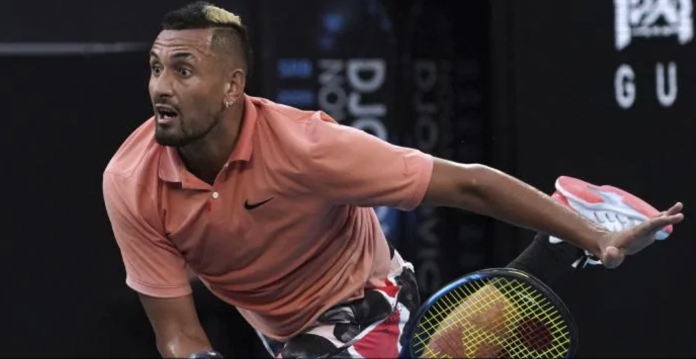 Nick Kyrgios produced a marvellous performance on Melbourne Arena to win the longest match of his career, but his success over Karen Khachanov meant far more than that.

After a tumultuous few seasons where his temperament has sullied his image, the Canberran has been on song all summer in every regard.

One season does not change the misdeeds of the past, but it can certainly alter the perception of at least some people.

He later said it was his best fighting effort since a triumph over Andreas Seppi on the court in 2015, a year he made the quarterfinals.

The prize is a clash against Rafael Nadal, the world No 1 and arguably his number one nemesis.

The Spaniard holds a narrow 4-3 lead in their head-to-head record and they played one of the best matches of 2019 at Wimbledon last year.

When quizzed about his first fourth round match at a major since 2018, Kyrgios was complimentary of the legendary lefty. “He has a winning record against me,” he said.

“Whatever happens between us, he is an amazing player. He is arguably the greatest player of all time. He is a champion.

“I am going to do everything I can now and give everything and hopefully it will be enough.”

He gave fans all he had on Saturday night, more than might have been predicted after the disappointment in the third and fourth sets, and they loved every moment of it.

“It is definitely one of the best wins of my career, I would say. It was insane,” he said. “It was crazy. I don’t even know what to say right now. It was insane. I have no words for what happened.”

There were moments of frustration with the umpire — the Australian had a reasonable excuse on this occasion — and his team.

But Kyrgios was largely focused and fought with all he could muster after chances to end the match earlier went begging.

“I was losing it mentally a little bit,” he said. “It wasn’t easy losing the third and then the fourth after losing match points. You guys willed me over the line. I thought I was going to lose, honestly.”

Sourced via The Australian.