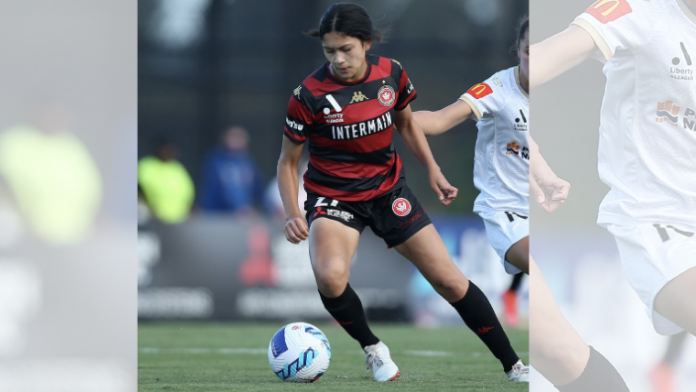 The Western Sydney Wanderers women’s squad drew 0-0 with Sydney FC on Monday during their Round Four A-League match and this was all thanks to the impressive skills of 15-year-old Alexia Apostolakis.

The young fullback made her starting debut for the Wander Women during the Sydney derby at Leichardt Oval in wet conditions.

The St George FA and Dunbar Rovers junior played 12 games in the NPLW NSW Under 17s junior competition this year for Football NSW Institute, and won a contract for the Wander Women after catching the eye of coach Cath Cannuli in pre-season.

Teaming up with veteran Caitlin Cooper and youngsters Daniko Matos and Clare Hunt for her first Sydney derby, Apostolakis was solid down back as she reduced the Sky Blues to just one shot on target out of 14.

In the end, the match ended even.

Considering the ease of which Sydney FC won the last meeting between the two, this was a good result for the Wander Women and they look to be finding some form after a rough start to the league.

The Wander Women now take on Canberra United on New Years Day and Apostolakis will be in line for another start.