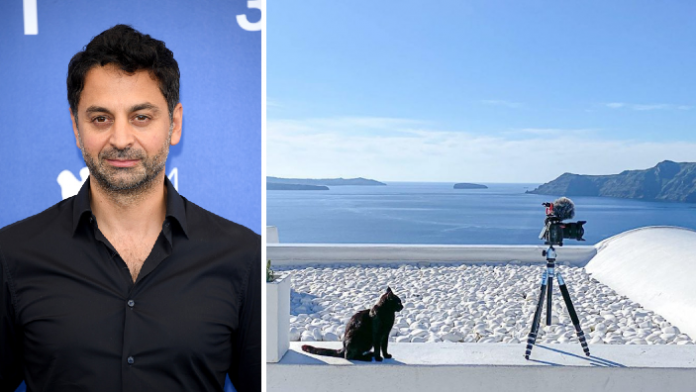 Greek Australian writer and director, Jason Raftopoulos, has recently wrapped filming on his next feature Voices in Deep in Athens, IF reports.

The film, which stars newcomer Hannah Sims in the lead as an Australian humanitarian, is the second from Raftopoulos after he released Melbourne-set West of Sunshine in 2017.

The writer-director tells IF he decided to film in Athens because it’s a city full of history and culture.

“For centuries, Athens has been a place where the lives of millions have intersected; it’s a city that has been both conqueror and conquered, a place of great enlightenment and great oppression, a melting pot of religions ideas and sexual ambiguity,” Raftopoulos told the media outlet.

“It is for these reasons that I chose Athens as the setting to explore ideas of time, desperation, identity and freedom.”

But of course, preparing a production in Greece during a pandemic was no mean feat.

According to one of the film’s producers from Exile Entertainment, Alexandros Ouzas, the initial plan was to shoot in September of last year, but the COVID risk still seemed too great. The next window, given the seasons in Athens, was May this year.

By that stage, it was “now or never” as the Gallipoli clause, which allowed certain international shooting expenses to be claimed as QAPE under the Producer Offset, was due to end in July, IF reports.

“By then we trusted our team could execute the creative vision while staying COVID-safe. We managed to get through production without any major issues – the Greek Gods were on our side!” Ouzas said.

What is Voices in Deep about?

In Voices in Deep, Sims stars as Bobby, who becomes connected to the lives of two orphaned refugees Tarek and Zaheed following a tragedy at sea.

Bobby compulsively exposes herself to strangers to dull the tragic memories, but a chance encounter with Gloria (played by Greek actress Angeliki Papoulia), leads them on an adventure together.

Tarek and Zaheed (newcomers Michael Hilane and Christos Karavevas) fend for themselves on the streets. Tarek sells his body for food and shelter to provide for his increasingly vulnerable younger brother.

Desperate to pull them out of their situation, Zaheed takes matters into his own hands, setting off a chain of devastating events.