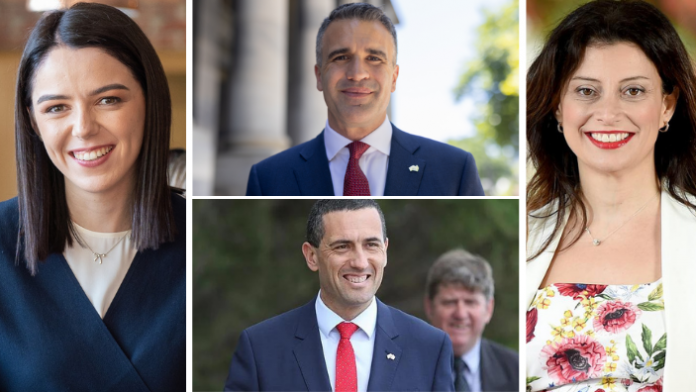 After leading Labor back into government in South Australia on Saturday night, Premier-elect Peter Malinauskas has vowed to hit the ground running to implement his future-focused agenda for the state.

Determined to help him on this journey is his new-look government are at least three candidates of Greek heritage set to be elected in the new SA government under Labor.

First up is Tom Koutsantonis MP, who retains his seat of West Torrens.

During his victory speech on Saturday night, the new Premier paid tribute to Koutsantonis and stressed that he is now “the longest serving MP” in the SA Parliament.

“Every team needs a lion and in Labor we have a loyal Labor lion in the Honourable Tom Koutsantonis,” Malinauskas said to wild applause.

“The thing about Tom is that he and I, like every other South Australian, are utterly committed to our families and the long-term future of our state and I thank him for his service.”

Elsewhere, Olivia Savvas is a new Labor MP who won in the key marginal seat of Newland. On Facebook, Savvas said she’s “incredibly humbled” by the win and thanked “the hundreds of people who’ve worked on the Newland campaign.”

“I am incredibly humbled to have had their support and the support of so many others,” she said.

Savvas is joined by another senior female MP, Andrea Michaels who retained her seat of Enfield and said her re-election was “incredibly humbling.”

For the Senate, there is no Greek Australian close to being elected yet. Stavros Pallaras’ Real Change SA got less than one per cent and Senators Connie Bonaros and Irene Pnevmatikos are still in the fight.

Despite losing the election, Mr Marshall directly addressed the SA people in his concession speech and said he was proud of the work his government had done over the last four years.

“We leave this state in an immeasurably better state than we found it four years ago.

“It’s been an honour and a pleasure and privilege to lead this state. I love this state.

“Thank you for your support. I think we have immeasurably changed South Australia. We’ve put it on a new trajectory going forward.

Formalities around the transfer of government, which requires the authorisation of the SA Governor, will be finalised in the coming days.

Votes are still being counted and South Australians can find further information HERE.