NSW Local Elections 2021: Here are the people of Greek heritage elected to your Council 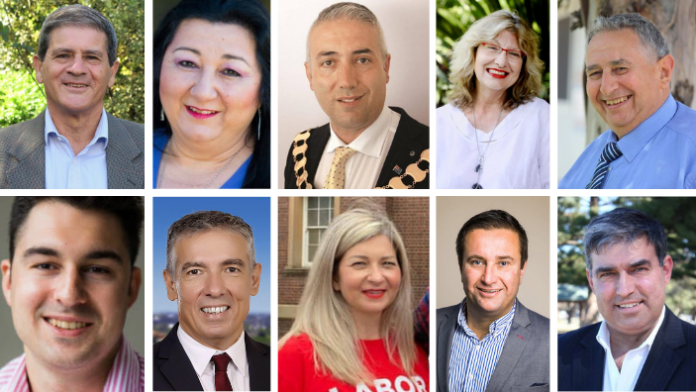 Votes have been counted after the New South Wales local government elections on December 4, 2021 and The Greek Herald has compiled this list of all the councillors of Greek heritage who have been elected in your area.

READ MORE: Here are the candidates of Greek heritage running in the NSW Local Government elections.

Andrew Tsounis is a first-generation Greek Australian running as an independent candidate for his community, which he has been a resident of for almost 20 years. He is passionate about protecting green spaces and taking a stance against overdevelopment.

Angelo George Pippos was elected to Brewarrina Council in 2008. He has been on various committees including the Aged Care Committee, Big Sky Library, and the Tourism and Cultural Committee.

Angelo Tsirekas started his service as a local councillor with Canada Bay Council in 1995, served as deputy mayor for three terms and was elected Mayor of the City of Canada Bay in 2002 and again as popularly elected Mayor in 2004, 2008, 2012 and 2017.

He has served as President and Vice-President of the Inner Metropolitan Regional Organisation Council, Director of the Inner Sydney Waste Board and the NSW Architects Registration Board.

Steve Christou is an elected Councillor and Mayor of Cumberland City Council. He was elected on September 9, 2017 representing the Granville Ward after receiving a high Primary Vote of 43.5%.

Cr Christou has made numerous major achievements including the completion of the Granville Centre, Eric Tweedale Stadium, restoring Granville Town Hall and revamping Wentworthville Swimming Centre, in addition to countless community-focused programs and steadfast advocacy for the people of Cumberland amidst the COVID-19 lockdowns.

John Stamolis was born in Adelaide and move to Balmain in 1986. He studied maths and statistics at the University of Adelaide and has obtained qualifications in management and finance in Sydney.

He is a professional statistician. He worked for the Australian Bureau of Statistics for 20 years. He has also served on the Southern Sydney Regional Organisation of Councils (SSROC).

Alexandra Luxford was first elected to Randwick City Council in 2017 and has resided in the area for 50 years. Her key objectives as Councillor have been to be a strong voice for the community, to stop overdevelopment, to protect Randwick’s green spaces and to promote cultural diversity.

Cr Luxford has been a Delegate on the Australia Day Committee, the Community Affairs Committee, the Sport Committee and the Southern Sydney Regional Organisation of Councils Committee. She has also been Chairperson of the Multicultural Advisory Committee.

Angelo Rozos has been a Willoughby City Councillor for almost nine years. He grew up in Willoughby and raises his young family in the area with his wife Megan.

In his role as Middle Harbour Ward Councillor, Rozos has championed upgrades at Willoughby Park and surrounding ovals. He has a passion for developing open space, playgrounds and parks and is a supporter of small businesses and local sporting groups.

Paula Masselos was the first woman of Greek heritage to be elected Mayor of Waverley in September 2019. She is a highly experienced and award-winning strategist and communicator with a career spanning almost 35 years. She has held a number of senior positions including Director SBS Radio. She was also the Director of Education in the Human Rights and Equal Opportunity Commission.

Paula was also Chair of Sydney’s Carnivale Multicultural Arts Festival and served for six years as a Community Relations Commissioner in NSW. She was on the National Women’s Advisory Council and shaped multicultural TV broadcasting as a member of the Ethnic Television Review Panel.

*NOTE: the above candidates were identified by surname. If you believe you should be on this list, please email us at info@foreignlanguage.com.au.