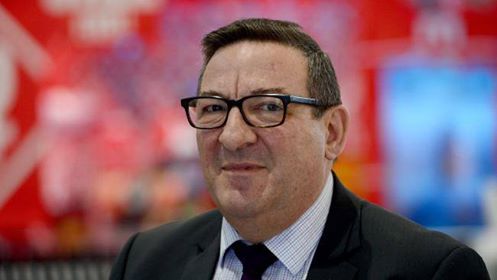 Federal Member for Adelaide Steve Georganas has sent a letter to Australian Prime Minister Scott Morrison and Foreign Affairs Minister Marise Payne, requesting the Australian leaders to condemn the actions of the Turkish government in moving to convert the Hagia Sophia museum into a mosque.

“We ask that the Australian Government urge President Erdogan to reverse his decision and restore Hagia Sophia as a museum for people of all faiths and all cultures,” Mr Georganas said in his letter to the Prime Minister.

“This decision is not only disrespectful towards Mustafa Kemal Ataturk, founder of the Turkish Republic, but to the many communities from around the world as it also constitutes a violation of the world cultural heritage memorial as Hagia Sophia is a UNESCO listed site.”

In response, a spokesperson from the Department of Foreign Affairs and Trade has released a statement.

“Hagia Sophia is a unique and historic symbol for Turkey and the surrounding region, which holds religious and cultural significance for many religious communities and other groups,” the spokesperson says in the statement.

“It is a UNESCO World Heritage site and Australia would like to see Hagia Sophia remain open to all.”

The Greek Orthodox Community of Melbourne also previously requested for the Australian Prime Minister to denounce the decision, with GCM President Bill Papastergiadis emphasising the importance and symbolic role of Hagia Sophia.

“Hagia Sofia Is a significant cultural monument acknowledged by UNESCO to be of World significance. It plays a significant symbolic role in the life of many people around the world, including Australians of Greek background,” Mr Papastergiadis wrote to Scott Morrison.

“The decision last week by the Turkish authorities to reinstate it as a mosque has been condemned worldwide and we now call on the Australian Government to add to the outcry.”

The Australian Prime Minister has not yet responded to the global crisis currently underway in the Eastern European region.