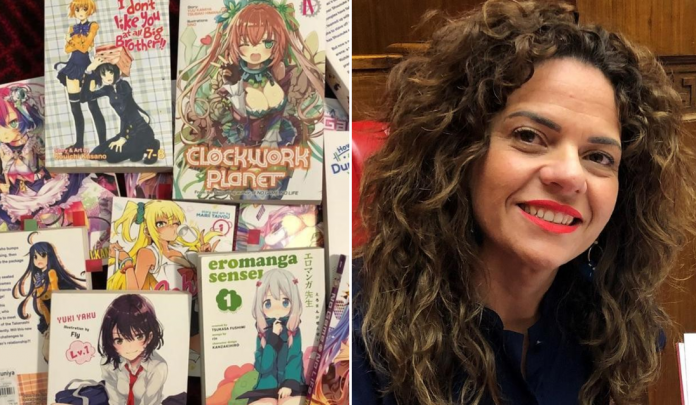 A Japanese comic book chain has pulled hundreds of titles from its Sydney store after South Australian politician, Connie Bonaros, raised alarm that they could be used by paedophiles to groom victims.

Ms Bonaros warned the material “can only be described as ‘kiddie-porn’ manga,” and continues to be available in other Adelaide stores and to local residents online.

She has also contacted local retailers urging them to follow suit and pull the material.

In a letter to Ms Bonaros, Kinokuniya vice-president Keijro Mori wrote that her complaint led the company to re-examine the titles it carried in Australia.

“Staff have been provided with updated special-order guidelines to ensure that these titles are no longer available to order into the store,” Mr Mori wrote.

The company said it would seek to comply with rules in other countries where it operates and “respect local law and culture, and make ordering decisions respectively and accordingly.”

Amazon also recently delisted several of the same manga series from its Kindle platform, though the company did not specify why.

Ms Bonaros said child-abuse experts had warned that the type of material which has now been removed could be used by paedophiles to groom victims.

Of particular concern to Ms Bonaros was depictions of girls in school uniform in explicit sexual activities and poses.

“I congratulate Kinokuniya on taking such strong and decisive action,” she said. “Children have a right to be protected from all forms of child exploitation.”

She said some of the material had been reviewed and deemed legal by the Classification Board, despite falling within the meaning of child-abuse material under other laws. Other graphic titles had not even been examined, she said.

SA Best is demanding action by the Federal Government to ensure laws are properly enforced.

Share
Facebook
Email
Twitter
Pinterest
Linkedin
WhatsApp
Viber
Print
Previous articleAlexander the Great: One of history’s greatest military commanders
Next articleTGH Exclusive: Steve Georgallis – The man planning to turn the Bulldogs back into a competitive side