Alexander the Great: One of history’s greatest military commanders 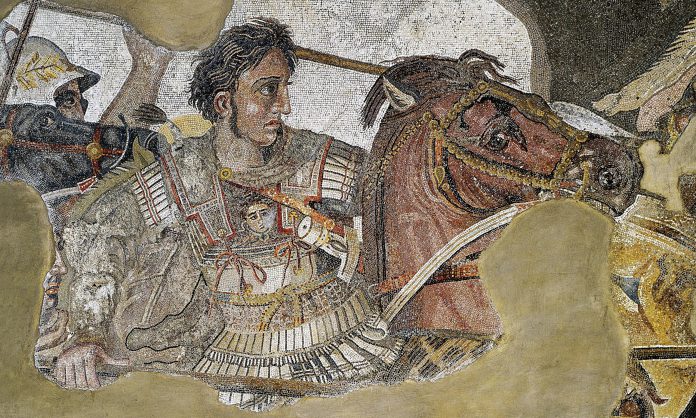 Alexander III, the “Basileus of Macedon,” the “Hegemon of the Hellenic League,” the “Shahanshah” of Persia, the “Pharaoh” of Egypt and the “Lord of Asia” — better known as Alexander the Great — was one of the most significant figures in human history.

According to historians, Alexander was born on July 20 or 21 in 356 B.C. and as a means of marking the occasion, we decided to take a look back at the incredible life of this important historical figure.

Born in Pella, the capital of the Kingdom of Macedon, in 356 B.C., he was the son of Philip II, the King of Macedon and his wife, Olympias. He became renowned at a very early age for his military and political capabilities.

As a teenager, he began to be tutored by one of Greece’s most respected men, Aristotle. The great philosopher educated him with Greek ideals and inspired him with admiration and love for the Greek spirit and culture.

In 336 B.C., Alexander’s father Philip was assassinated by his bodyguard Pausanias. Fate dictated that even though Alexander was only 20, he would take into his hands not only the Kingdom of Macedon but also the generalship of the Hellenic League of Greece.

After taking on the enormous responsibility of King, Alexander began the great march of the Hellenes to the East. Thousands of soldiers followed him.

What are now the modern-day countries of Turkey, Syria, Israel, Egypt, and the entirety of the modern-day Arab world, became Greek in less than ten years’ time. In a few short years, Alexander had conquered all the way east to the western borders of India.

Battle after battle, fight after fight, Alexander and his men were able not only to beat many enemies while conquering the vast Achaemenid Empire, but to establish a new status quo which would respect the local people. At the same time, the Greek overlords would introduce into their everyday life and culture elements of the Greek way of thinking and acting.

Alexander’s original plans included a conquest to the last centimeter of the East. It is recorded in history that he stated his vision was to literally reach “the end of the world.” But Alexander’s long military campaigns finally led his men to demand his return to their beloved homeland of Greece.

Alexander wisely eventually listened to his officers and men, who once had blindly followed him eastward, and he reluctantly began his long journey home from the borders of present-day India.

His plans called for the city of Babylon to become the new capital of his vast empire. But the Fates did not pay heed to the conqueror’s grandiose plans.

At the very young age of 33, Alexander suddenly fell gravely ill and to this day, the cause of his illness remains a mystery. In the span of just a few days, his strong body betrayed him, and he died in his bed on June 10 or 11 in 323 BC.

More than twenty cities around the world bear his name. Alexander’s influence in the East was left as a gift to the entire world, reflected in the thousands of towns and villages once under his command and in the vast lands which were colonised by Greeks.

Nearly 2,400 years after his birth, Alexander the Great is still considered one of the greatest men to have ever lived, and definitely one of the most influential Greeks in history.