Cr Zoi Tsardoulias: We want to pay tribute to Greeks who made Marrickville what it is today 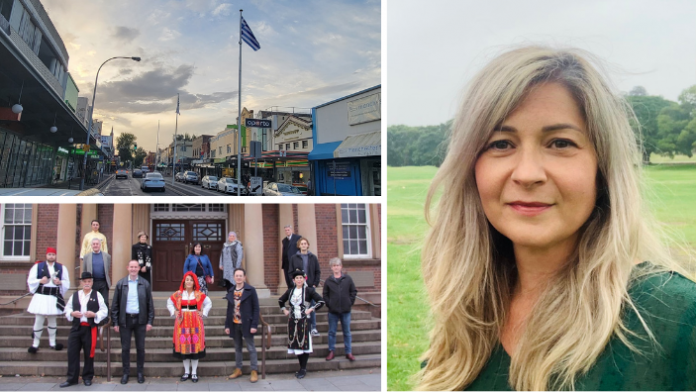 As a first-term Councillor in the Inner West, Zoi Tsardoulias has hit the ground running.

Ever since she was elected to represent Marrickville Ward – Midjuburi (Lillypilly) in the recent NSW local government elections, she has worked hard to ensure her electorate has access to better community services such as childcare, libraries and parks.

Cr Tsardoulias is also incredibly passionate about the arts and culture.

This passion saw her announce that she, along with Councillor Mat Howard and ethnic community organisations such as the Hellenic Lyceum of Sydney, will be leading a new multicultural plan for Marrickville Town Hall.

With all this being said, we just had to find out a little bit more about Cr Tsardoulias and her plans for the future of the Inner West. This is what she had to say.

1. Why did you decide to get into politics?

I chose to get into politics because it is important that there are diverse voices in our councils and because I wanted to give back to our wonderful community and represent ordinary, working Australians – people working hard at their jobs and in their small businesses with a council that listens to them and delivers for them.

2. What are the challenges and rewards of being a Councillor?

One of the rewards of being a Councillor is having the opportunity to make a difference in people’s lives by helping them with significant issues. I want to help people connect to council services and be there when they need it most.

3. What are your goals and plans for Inner West Council?

I am passionate about building better community services like childcare, libraries, parks, arts, and culture and making sure that they’re accessible for everyone in our community.

4. You recently announced a new multicultural plan for Marrickville Town Hall. What will your role entail?

It’s been great working with my friend and colleague Councillor Mat Howard on our plan to convert Marrickville Town Hall into a home for multicultural performances and live music.

We’re doing this because the Inner West is the birthplace of multiculturalism, and this is a fantastic way to reflect that diversity in the most recognisable building in Marrickville that recently celebrated its 100th birthday.

The announcement has been very well received and the local communities are incredibly supportive and are ready in anticipation as to what happens next.

5. What is the importance of working with ethnic organisations to get this plan up-and-running?

It is extremely important that we work with local multicultural communities so they can express their vision for Marrickville Town Hall and to ensure the plans reflect the needs of the community.

6. Are there any other multicultural projects in the works?

Inner West Labor is committed to building on the work which was done in the last term of council, including the Racism Not Welcome campaign, developing an Anti-Racism Strategy and naming Marrickville Road “Little Greece.” We want to strengthen Little Greece by supporting more public art, local migrant businesses and by paying tribute to the significant role the Greek diaspora have played in making Marrickville the place that it is today.

7. Is there anything else you would like to say?

My late husband Councillor/Deputy Mayor Emanuel Tsardoulias (who was on the former Marrickville Council from 2008 up until his passing in 2014) remains my greatest inspiration. The community library in Dulwich Hill was named in Emanuel’s honour. Through Emanuel’s work, I was able to witness first-hand the difference he made in people’s lives. Emanuel approached every task with enthusiasm, optimism, and commitment and I believe I can also do the same and honour his legacy.