Insight or Perspective: What makes us Greek and how Greek really are you? 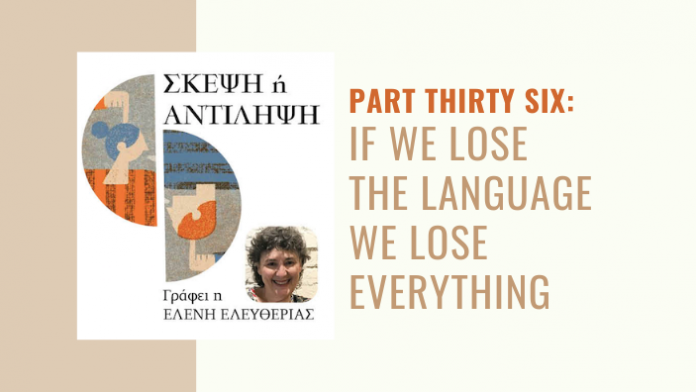 Following on from last week. There is a lot of silence surrounding ethnicity in Northern Greece.

Many of us Australian born Greeks may not have picked up on this until our later years.

Some of us, whose parents were born in Greek Macedonia or who may have originated from the area, are surprised to find out the fluidity of the area and the many ethnicities and language groups who lived in the area for hundreds of years side by side with Greek, Albanian, Bulgarian, various Slavic speaking peoples, Jewish, Muslim and Orthodox Christina mix in Greek Macedonia.

There have always been border issues in the area and skirmishes and many historical bad memories because of all the wars and bloodshed in the area ie. Balkan Wars, World Wars, population exchanges, various political State enforced assimilation policies where even place names were changed from Slavic to Greek names. Of course, you may say in ancient times it was a Greek area. Agreed. Alexander the Great was Greek and only Greek. Agreed. But we cannot deny these peoples existence in the area in Modern times.

I recently read a book, not published yet, about a well-known journalist from “Greek” background who at the age of 39 found out her family were not greek at all but slavic who became assimilated into the Greek culture.

I will add a spanner here and say that “Greek culture” isn’t necessarily only Greek. After all we share music, dances, food, attitudes, traditional costumes and even humour with cultures we live side by side with.  Are we comfortable with accepting this? Why not?

One thing I have noticed in my research on ethnicity and Identity. It is those who feel the greatest uneasiness about where they come from and where they belong that feel the need to hold on to an artificial or even forged history of their nation.