Insight or Perspective: Tips for creating a bilingual home library 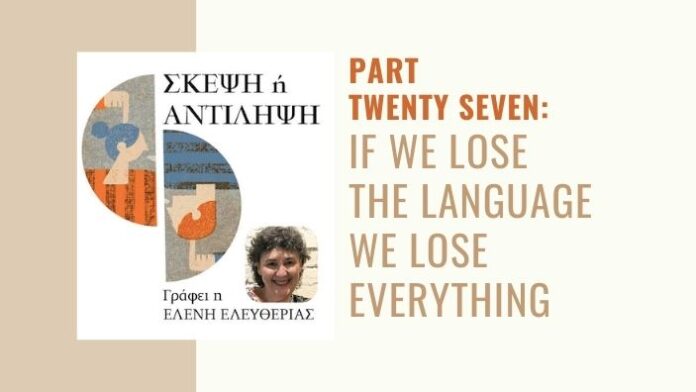 So, you have decided to take the next step and create a magical library for your children that will include Greek and Bilingual books and books on greek topics.

Firstly, don’t go overboard with all the vocabulary picture books as they are really boring. Children need a story or a song or amazing artwork to capture their imagination.

From 3 years old you can show them books on Greek mythology with beautiful artwork and few words. Many of these books teach good manners and the consequences of bad behaviour. Greek mythology is a great way to teach children manners! Usborne Press has many titles such as King Midas, The Minotaur, Pandora’s Box etc.

Also, for primary aged children you can include the Labours of Hercules and even some Greek stories from Homer’s Odyssey and the Iliad. Oxford University Press also offers many titles on Greek Mythology and Ancient Greece suitable for readers from 5 years to adult.

The same stories are available in Greek, just make sure they are age appropriate, you don’t want to show the MEDUSA to a 3 year old but an 11 year old would love it.

Greek publishers such as Patakis, SUSAETA and AEROSTATO are just three of the many publishers of children’s books.

All the fairytales are available in greek such as Cinderella and Little Red riding Hood and the Three Little Pigs as are the Disney stories.

Make sure that the edition is suitable for children in Australia though. If your child was born here and is 9 years old then a book from Greece suitable for 5 years plus should be perfect.

Also, you should include some bilingual books. I prefer it when the script is larger in Greek with the smaller English script either below or at the bottom of the page.

Next week some examples!

From Dedeagach to Alexandroupoli: The journey to liberation

The struggle to recognise crimes against the Hellenes of Pontos, Asia Minor and Thrace continues