Insight or Perspective: Nationality and Myth 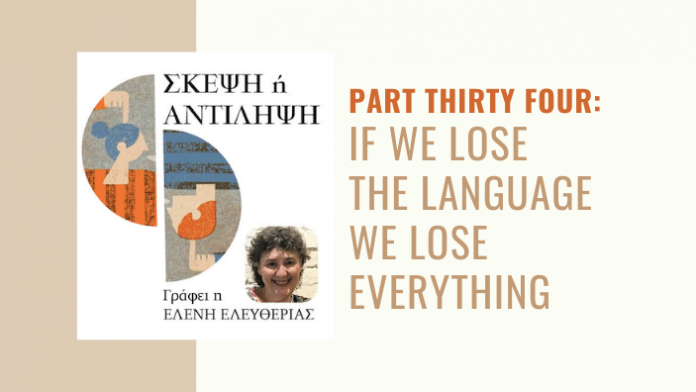 A year ago I was in the audience at a panel discussion on the Macedonian question at the time of the Prespa agreement. I was sitting behind some very extreme people from North Macedonia who were making some very provocative comments regarding Alexander the Great. The Greeks in the room were quite reserved I thought and dignified in their responses to some outrageous claims by these people.

There was mention that nationalisms are built on mythology. This is very true and especially in the Balkans there is a great problem of identity related to all the border changes, population movements and migrations and also the ethnic cleansing in the area. In fact, anthropologist Lorin Darforth , writes “How can a woman give birth to on Greek and one Macedonian”.

And yet this has been an issue in the area for decades. One example is that of the early filmakers of the 1900s, the Manakia brothers of Macedonia, one thought of himself as a Slavo-Macedon and the other as a Greek! Apparently, this is a “Balkan peculiarity” as Durham writes in 1905 and is quoted in the book Identity and the Nation, an example of which is a man who told him that “he was a Greek, but he was in Bulgaria, his father was a Serbian, and his children Montenegrin.”

All nations are built on mythology. What I said with a laugh to the extreme Slavo-Macedonian nationalist in front of me was that “We Greeks are just better at it!”