Paniyiri Greek Festival to return to Brisbane after two years 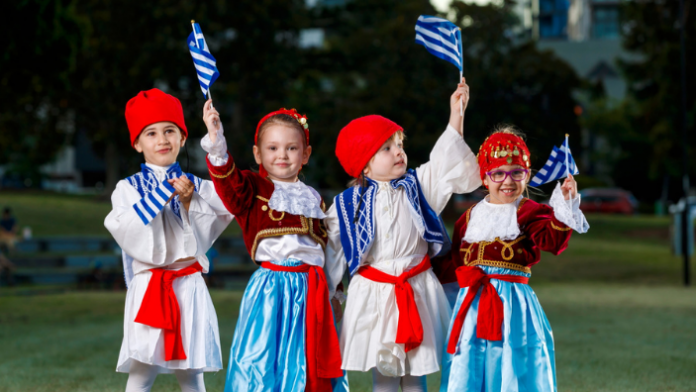 The largest cultural festival in Queensland, and the longest running Greek festival in the country, Paniyiri, has announced its return on May 21 and 22 to its traditional home after a two-year, pandemic-induced pause.

The Paniyiri Greek Festival, where 50,000 people each year stomp grapes, smash plates, dance the zorba, and dine on an incredible array of savoury and sweet greek treats, will once again take over Musgrave Park in South Brisbane.

Tickets have gone on sale for Paniyiri 2022 and organisers are hopeful that pent up demand for in-person events will see ticket sales return to pre-pandemic levels.

It is not just the people of South East Queensland who are excited for the return of Paniyiri, or the multiple Greek associations that rely on it to fundraise for their community groups and charity associations.

There’s also excitement from the countless volunteers who proudly put the festival together, as well as the micro economy an event of this size creates – the hotels, the ubers, the suppliers, the surrounding businesses who all benefit from the thousands who attend.

The chairman of the Paniyiri Organising Committee, Chris Kazonis, says it’s not just the economic benefit to the wider community that has been missed, or the community groups and charities who rely on Paniyiri as their major fundraiser, but the connectivity and collective wellbeing that Paniyiri generates within the community.

“The power of Paniyiri is that it brings people of all ages and abilities together to dance, dine, and have a good time, which not only celebrates our culture, but recognises our need for connection,” Chris said.

“Paniyiri highlights diversity, encourages curiosity, and through sharing our stories with each other, it connects and unites the community.

“Whether you come for the saganaki or the souvlaki, the dolmades or loukoumades, to debate tasting notes of Greek wines, or join in the zorba or the sousta, we know everyone leaves Paniyiri with their heart as full as their stomach.”

For over 40 years, Paniyiri has grown to become one of most anticipated events on Queensland’s calendar. It has a stunning success story for a celebration that started as a simple Sunday picnic in the park back in 1976 by a group of passionate Greek Australians who wanted to share their culture and cuisine with Brisbane.

After the success of that inaugural year, organisers decided it was their musicians and dancers who would bring this celebration to life! This led to the creation of Brisbane’s first Hellenic dance club in 1978, and they have been showcasing traditional dances in traditional costumes from the various regions of Greece at every Paniyiri Festival since.

With 20 stalls serving authentic foods from 11 different regions, festival guests will also delight in discovering not only Greece’s incredible culinary history, but a lesson in Greek life where food is as important as family.

From cultural experiences to interactive demonstrations, cooking lessons, competitions, wine tastings and more, this two-day event will return with a jam packed schedule of things to see and do, with organisers even planning to build a pop up Greek Village where visitors can enjoy the sweet Greek life without needing their passport.