Insight or Perspective: If we lose the language we lose everything! 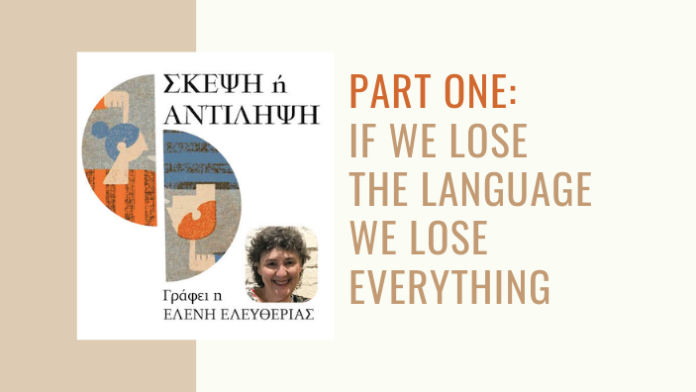 A lot has been written about the need to preserve our Greek language and culture in Australia.

Many Greek associations, even those set up from before the great influx of migration on the 1950’s and 1960’s, have as part of their constitutions the main goal being the preservation of Greek language and culture.

However, as the years go by it is the Greek language that is suffering the greatest loss. Why does this happen?

Over the next few weeks this column will specifically look at Greek education in Australia from pre-school to University level and beyond and discuss some important issues such as the relationship of language and culture to identity.

What subsequent generations of Greek Australians born in Australia, to which category I also belong, consider important to them is of utmost importance as is the attitude of first-generation Greeks as well.

If you are interested in finding a way to keep the language alive and active for your children then I hope that this column will be of particular assistance to you.

Why is it that when children are young many parents send them to Greek school to learn the basics. In Early Stage 1 (Kindy) and Stage 1 learning (Years 1 and 2) is a lot of fun but as they enter years 3 and 4 and beyond the excitement subsides and numbers start to dwindle?

What can we do about it? Next week I offer some explanation and advice.