From Dedeagach to Alexandroupoli: The journey to liberation 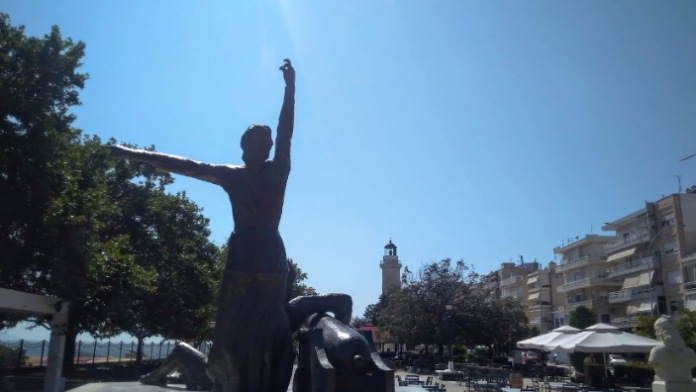 The upper south-eastern part of western Thrace is inhabited since the Neolithic Period (4.500-3.000 B.C.). The first recorded Tracean tribes appear during the Early Iron Age (3.000-1050 B.C.), and they mainly settle in the mountainous territories of Thrace, rather than its lowlands (e-evros, 2019).

The zone of Alexandroupolis and the area extending from the Evros Delta to Lake Vistonida and the foothills of Rhodope mountain range, was inhabited by the Thracian people called Cicones. According to mythology, Odysseus and his comrades clashed with Cicones upon return from his journey to Troy.

The 19th century onsets and some fishermen from Ainos, Makri and Maroneia (Thracean settlements) started building a humble fishing village, a riviera, naming it Dedeagach-translated into: the grandfather’s tree. Multiple surmises have been formed regarding the toponymy’s original meaning.

During the Byzantine Period, Dedeagach held a leading role, mainly due to its border with Constantinople.

Gradually, the newly founded settlement is inhabited by Greeks, Armenians, Turks and Frankolevantines, Jews and Bulgarians, merchants, craftsmen, seamen, who eventually shape an amalgam reminiscent of Alexandria, Smyrna and Thessaloniki, all in new ground.

In 1885, the city was forcibly integrated to Bulgaria. Greece and Bulgaria were allies during the 1st Balkan War, but opponents in the 2nd Balkan War.

During the Russo-Turkish War (1877-1878), Dedeagach was captured by the Russians and Russian forces settled in the village. The city returned to the Ottoman control. By the end of the war, the completion of the railway in the city, fueled its evolution from a fishermen’s village into a town and a minor trade center by the end of the century. As a Sanjak (i.e. administrative division of the Ottoman Empire), the Ottoman rule lasted until the outbreak of the Balkan wars.

By 1912, eight consulates are seated in Alexandroupolis.

In 1913, the city is occupied by Bulgarian troops and the Treaty of Bucharest (1913), flagging the demise of the second Balkan war, turns Dedeagach into Bulgarian territory. The Greeks now flee the city as the desecration of their ancestors’ monuments is turning it into an unlivable place.

In the aftermath of World War I, 1919, the peace Treaty of Neuilly-sur-Seine is signed between Bulgaria and the victorious Allied powers. Under the Treaty terms, Bulgaria is forced to cede lands to Greece, involving the transfer of some 300.000 people (Britannica). However, Bulgaria retained the right of transit to use the port of Dedeagach for the transportation of goods through the Aegean Sea (Greek City Times, 2021).

Following a provisional, interallied governance under the head of Charisios Vamvakas-an associate of Eleftherios Venizelos, in May 14th, 1920, Alexandroupolis is officially liberated and declared Hellenic territory. The 9th military division of Serrai, barracking in the river Nestos valley, under command of Epameinondas Zymvrakakis, is bound to occupy the pathways leading to Bulgaria and the troop gathers in the city of Komotini (at the time called Gioumoultzina).

The Xanthi military division, under the command of Constantinos Mazarakis General, disembarks from a convoy in Dedeagach.

With population diversity to be paralleled only with that of Thessaloniki, Alexandroupolis is home to a multi-ethnic, multi-religious population. Alexandroupolis is an original case of intercultural society. Unhomogeneous and vibrant with life, the city saves a spot for artistic expression, prosperity, and quality life to all. Its spot on the map, a bridge between Europe and Asia formulated its heterogeneous character.

Taking admirably bold steps to commercial and cultural development, the city preserves its uniquely strong, multicultural character. Its liberation occurred 99 full years after the liberation of Greece from the Ottomans. Today, Alexandroupolis breathes its well-deserved, free air. It holds the control of its organization, embracing visitors from all parts of the world. The treasure of the small riviera of the past is its people. “Thraχ (the native of Thrace), is the master of the art of holding the fire alight in his own hands. Above all, it is the one who masters its transmission to others” (Tzioras, 2019).