Family of Holocaust survivor repay the Greeks who saved her 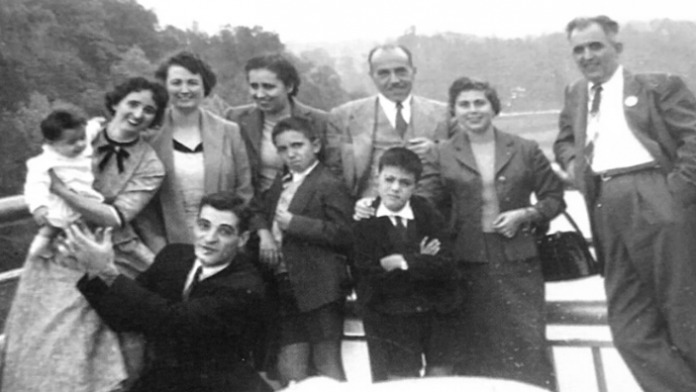 Nearly 60,000 Greek Jews were murdered in the Holocaust.

85-year-old Josephine Velelli Becker shared with The Washington Post how her family were spared – a miracle owed to a fervent anti-Nazi and Greek patriot named Elias Michalos.

Elias and his wife Kathryn were leaders in the small mountain village of Michaleika.

“Without them, my family wouldn’t have survived the war,” Josephine said.

Josephine’s father, Emmanuel Velelli, had done business with Elias Michalos and the two had become friends.

The Michalos family hid the Jewish family in a small two-room cottage they maintained for workers at their winery.

For more than a year, Josephine and her eight family members spent each night sleeping fearfully on the floor. Despite having no running water or bathroom, they were filled with gratitude for their Greek friends, knowing Elias and Kathryn had put themselves and their family in grave danger to protect them.

After the war ended, both families immigrated to Baltimore, where they remain today.

“We have been friends for 80 years,” said Elias and Kathryn’s daughter, Angela Kanaras, who spoke of her relationship with the Velelli family.

Over the years, the two families have celebrated countless Thanksgivings together and attended each other’s milestone events – never missing a christening, bar mitzvah or wedding.

On numerous occasions and to absolute prohibition by Elias Michalos, Emmanuel Velelli tried to repay the Michalos’.

81 years later, the Velelli family were handed the perfect opportunity.

On one of their usual catch-ups this year, 84-year-old Angela Kanaras told Josephine that her son Vasilios was forced to shut his eatery during the pandemic.

“We wanted to give back,” said Josephine’s daughter, Yvonne Fishbein.

“Their whole family just started pouring money in. With their help, I didn’t have to worry,” Vasilios Kanaras said.

Their generosity was much appreciated, though not at all expected.

“I was overwhelmed. I couldn’t believe that they would do that,” Angela Kanaras said.

Angela shared that if her parents were alive they “would have been very proud” of how the families’ support of one another has persisted.