Dr Maria Delivoria-Papadopoulos: ‘Mother of neonatology’ dies in US 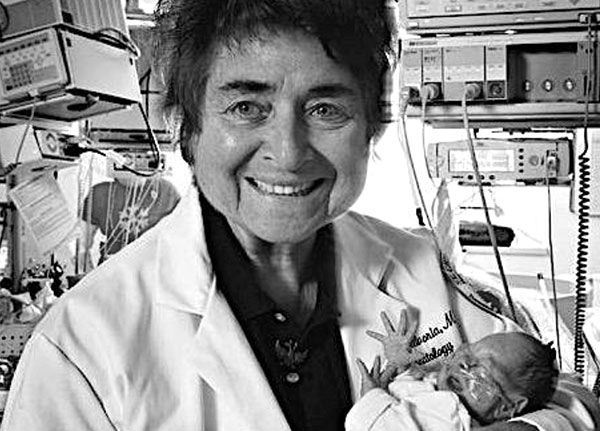 A Greek pioneer in neonatal and pediatric medicine died in the United States on Friday, Greece’s Neonatal Society said in an announcement on Monday, lamenting the loss of a legend in the field.

Hailed as the “mother of neonatology,” Maria Delivoria-Papadopoulos is credited with saving thousands of infants’ and children’s lives, as a professor of pediatrics and physiology at Philadelphia’s Drexel University and director of neonatal intensive care at St Christopher’s Hospital for Children in the same state of Pennsylvania.

St Christopher’s also expressed its sadness at her loss in a post on Facebook over the weekend.

Dr Delivoria-Papadopoulos graduated from Athens University’s School of Medicine in 1957 and went on to the University of Pennsylvania, where she received a post-doctorate degree in physiology and spent the next 29 years as a faculty member.

Apart from lecturing at universities and medical centers throughout the United States, South America, Europe and Asia for over 35 years, Dr Delivoria-Papadopoulos was also the recipient of numerous prestigious awards, including the American Academy of Pediatrics Lifetime Achievement Award.

The medical and academic community also reacted to the news of her death.

In a post on Twitter, John Zupancic, an associate professor of pediatrics at Harvard Medical School and associate chief of Neonatology at Beth Israel Deaconess Medical Center, hailed Dr Delivoria-Papadopoulos as “an extraordinary woman whose pioneering contributions, including the demonstration of the feasibility of neonatal mechanical ventilation, changed the lives of countless newborns.”