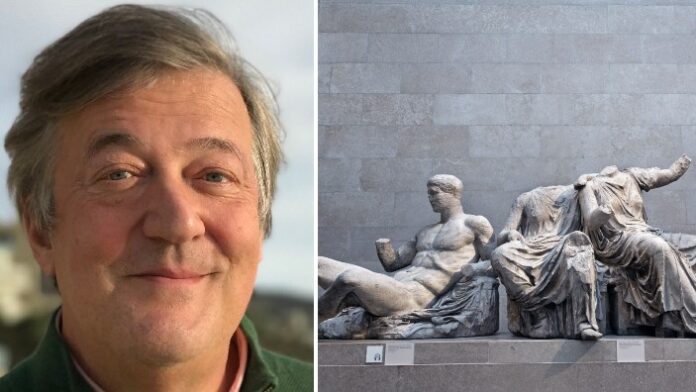 Stephen Fry has called for the UK to ‘stand on the right side of history’ and return the Parthenon Marbles to Athens from the British Museum.

Fry shared a petition on Twitter called, ‘Lost My Marbles,’ demanding the return of the Marbles to their country of origin and supporting the call for the British Museum ‘to accept repatriation requests.’

“Please sign the Reunite Marbles petition to give power to the Trustees of the British Museum to consider their reunification #LostMyMarbles,” Fry wrote in the Twitter post.

At the time of writing, over 2,000 people have signed the petition.

The Parthenon Marbles have long been the subject of dispute over their home in the London museum. They have been on permanent public display there since 1817, when they were stripped off the Parthenon by Thomas Bruce, the 7th Earl of Elgin, and transported to the UK.

The Acropolis Museum in Athens, which has the remaining sculptures that were left in Greece, has left space empty for their return.

Multiple Greek governments have called for their return since the 1980’s and their continued presence in the British Museum has been touted as a possible sticking point in negotiations between the UK and the EU on their future trading relationship.