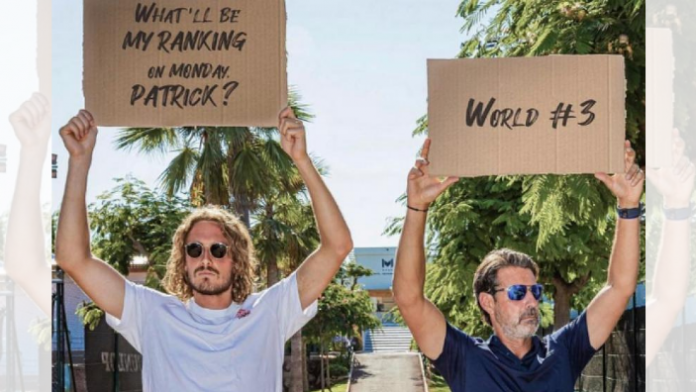 Greek tennis star, Stefanos Tsitsipas, reached a career high on Monday, when he officially ranked among the top three tennis players in the world, according to the Association of Tennis Professionals (ATP).

Tsitsipas has won 4660 points in 2021, and Nadal could not follow that pace, winning two titles but failing to reach a Major final.

“Being at the ranking that I will be tomorrow, it is a huge motivation and a very good indication that I’ve done great so far,” Tsitsipas told ATP before the ranking announcement this morning.

“[I am] just generally blessed that I’ve put in so much work to make it to the top three, which [I would consider] quite a special milestone.”

Tsitsipas first cracked the Top 10 more than two years ago after a run to the Dubai final. But the Greek sees this accomplishment on another level.

“That [Top 10 breakthrough] was a great dream of mine being fulfilled. The top three is on its own, something completely different,” Tsitsipas said.

“My purpose of doing this is self-improvement and trying to become a better person through tennis, so it matters.”

The Greek will not stop pushing to improve, though.

“I wake up every single day with a goal: to get better. To get better with my tennis, to get better in the sport that I chose to follow in my life,” Tsitsipas said.