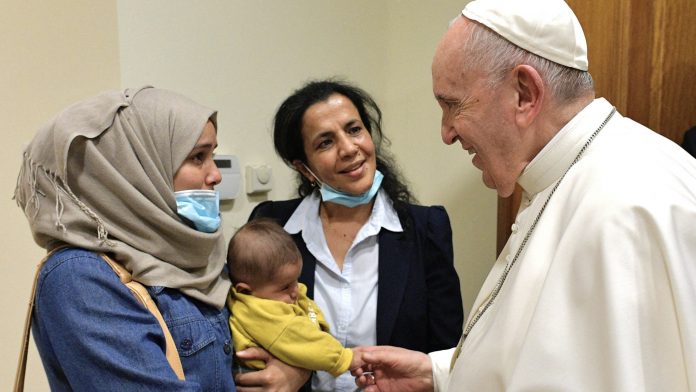 A first group of migrants left Cyprus on Thursday as part of an initiative by Pope Francis to assist in their relocation, the government said.

“We would like to warmly thank Pope Francis and the Holy See for this symbolic gesture and anticipate it will be a step towards substantive solidarity by other (EU) member states towards the Republic of Cyprus,” it said.

The Pope pledged to arrange the transfer of 50 migrants during his visit to the island in early December.

Ethnically divided Cyprus has struggled to manage an influx of migrants and refugees in the past two years.

Many asylum seekers access the southern government-controlled areas through the “Green Line” splitting the island after previously arriving in the breakaway Turkish Cypriot state in its north.

Cyprus, which is the closest EU member state to the Middle East, says arrivals so far this year are up 38 percent compared with the whole of 2020.

Pope Francis, whose defense of refugees and migrants is defining his papacy, also visited Greece and the island of Lesbos earlier this month.

During a previous visit in 2016, Pope Francis left Lesbos, then at the frontline of Europe’s migration crisis, taking 12 Syrian refugees with him.