‘We hope you are proud of us’: Mayor of Athens addresses Greek Australians in dialogue series 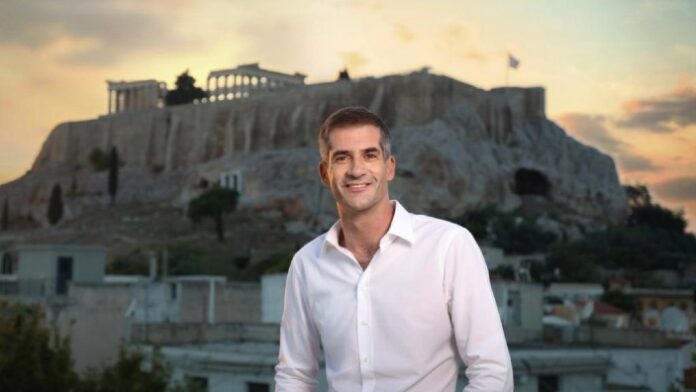 The Mayor of Athens, Kostas Bakoyannis, addressed Greek Australians on Thursday night during a special online conference hosted by the Australian Chamber of Commerce and Industry and the Greek Consul General in Sydney, Christos Karras.

The conference, which was part of the Greek Australian Dialogue Series, began with the Consul General introducing Mr Bakoyannis and his career background to the over 100 people who attended digitally.

The Mayor of Athens then began his own address by describing his recent meeting with His Eminence Archbishop Makarios of Australia in Constantinople and stressed the continuous and strong connection between Greek Australians and Greece.

“It is my true pleasure and honour to be with you today. It is the highlight of my week. We hope you are as proud of us as we are of you,” Mr Bakoyannis began.

From there, Mr Bakoyannis went on to talk about his plans to maintain Athens as a modern, vibrant metropolis in three main ways: (1) by reclaiming or liberating quality public space, (2) by adopting a new model of sustainable mobility, and (3) by maintaining the soul of the city.

“We want to achieve these goals without losing our soul. We want to keep the spirit and DNA of Athens alive,” he said.

“No idea is too small. We are building a sustainable city and reducing emissions. We are also doing our best to reclaim hills, like Mount Lycabettus, and put them back on the map with new projects.”

Some of the specific project mentioned by Mr Bakoyannis included ‘pocket parks,’ tech innovation hubs and pedestrianisation – all of which he says are being recognised around the world.

The Mayor also said that post COVID-19, his municipality hopes to build a campaign to push for the return of the Parthenon Marbles to Greece as now is not the right time.

“Athens doesn’t just receive good ideas anymore, but provides good ideas as well… [and] we look forward to welcoming you to Athens very soon and hope you will see a city improving little by little,” he said at the conclusion of his address.