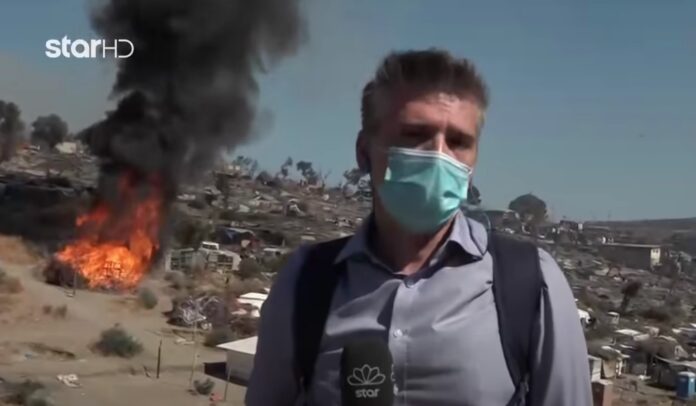 Newly released footage by Greek media has allegedly shown refugees and migrants in Moria starting the devastating bush fire that wiped out the entire camp.

Footage by Star News shows a fire being started in the middle of the camp, with migrants huddled around the blaze.

The fire expands into an out of control bush fire, ultimately leading to Moria being engulfed in flames.

Greek news agency ANA had reported that the fires broke out after some of the 35 coronavirus victims had refused to move into isolation with their families, yet this was unconfirmed.

Greek government spokesman Stelios Petsas later confirmed that the fire at Moria camp was not an accident in interview on Mega TV station.

About 25 firefighters with 10 engines battled the flames as migrants were evacuated. Some suffered injuries from smoke exposure.

A third fire on Thursday afternoon completely destroyed any remains of the former migrant camp on Lesvos.