US assures support to Greece in Pompeo letter 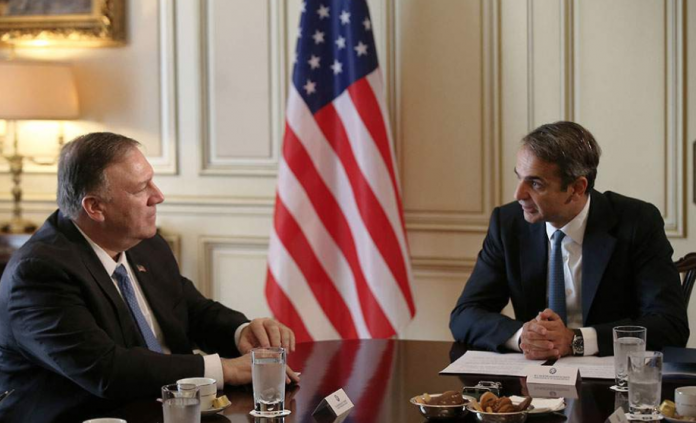 The US remains committed to supporting democracy, prosperity and security in Greece, Secretary of State Mike Pompeo has said in a letter to Prime Minister Kyriakos Mitsotakis made public Tuesday in which he describes bilateral ties between the two NATO allies as “extraordinary.”

“We consider Athens a key ally, and a crucial player in the Eastern Mediterranean as well as the Balkans. The United States will remain committed to supporting Greece’s prosperity, security, and democracy,” Pompeo said.

“The United States is following closely developments in the region and stands firm in its belief that those with interests in the Eastern Mediterranean should seek solutions through peaceful means… and refrain from any action or declaration that could be provocative,” he said.

“We do not need an escalation of tensions in the region, but rather candid dialogue that leads to the outcomes that respect international law,” he said.