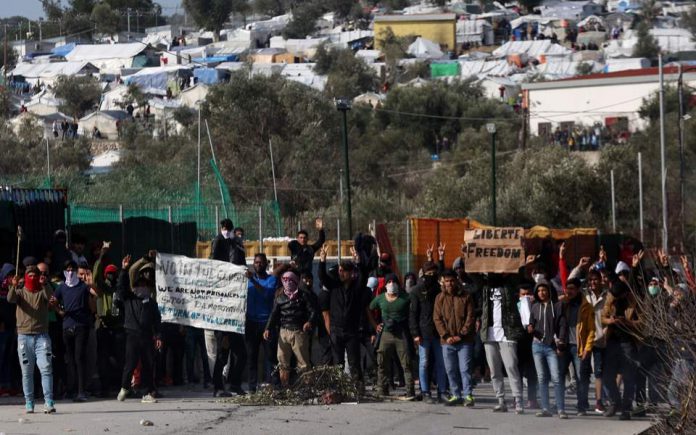 The United Nation’s refugee agency said on Monday that Greece had no right to stop accepting asylum applications as Athens struggled with a sudden increase of arrivals at its border of Middle East refugees and migrants from Turkey.

Greek Prime Minister Kyriakos Mitsotakis said on Sunday his country would not be accepting any new asylum requests for a month after two days of clashes between border police and thousands of people seeking to enter the EU from Turkey.

“It is important that the authorities refrain from any measures that might increase the suffering of vulnerable people,” UNHCR said in a statement.

“All states have a right to control their borders and manage irregular movements, but at the same time should refrain from the use of excessive or disproportionate force and maintain systems for handling asylum requests in an orderly manner.”

The UN agency said neither international nor EU law provided “any legal basis for the suspension of the reception of asylum applications.”

Its statement came as the EU scrambled to help Greece police the frontier and sought to put pressure on Turkey to go back to preventing refugees and migrants stranded on its territory from seeking to reach Europe.

Turkey, which is home to 3.7 million Syrian refugees and has another million on its doorstep from a new surge of fighting, said last week it would stop enforcing a 2016 agreement that had prevented migrants from reaching the EU.

Greek officials accused Turkey of orchestrating a coordinated effort to drive migrants across the frontier.

Turkey’s announcement last week threatens to reverse an agreement that halted Western Europe’s biggest wave of migration since World War Two, the 2015-2016 crisis when 4,000 people drowned in Aegean and more than a million reached Greece.