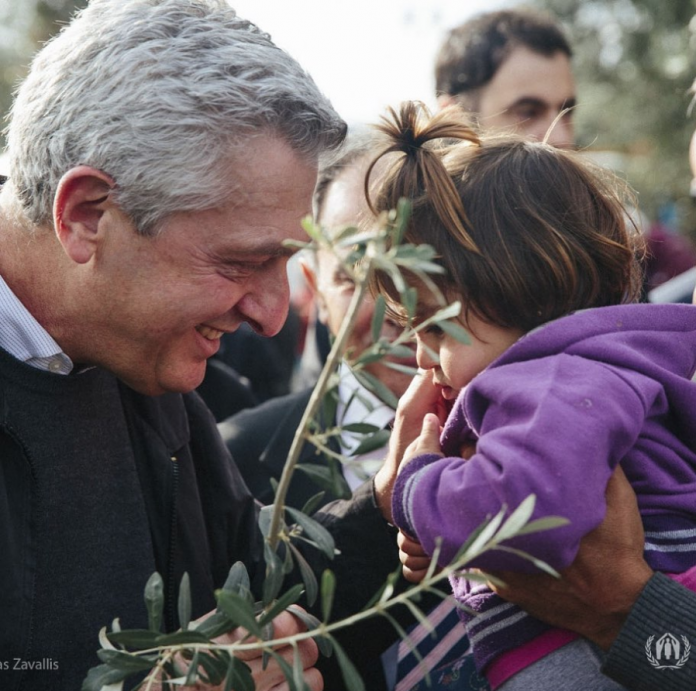 His account of his visit via social media showed the UNHCR Chief to be particularly moved by his experience, saying the conditions were “unacceptable” and he supports “urgently” moving people (particularly children travelling alone) to the mainland.

His trip to Athens held the intent of discussing improving the situation on the islands with governments, municipalities and civil society, to better integrate recognised refugees into Europe.

Though, he showed a lack of support for the current government’s new legal responses. He noted that “patience and hospitality is now less visible than before”, in regards to Greece’s handling of the crisis.

The current New Democracy government believe the refugee crisis is a response to the previous Syriza government’s “open door policy” toward arrivals. The current government has listed most recent arrivals as “economic migrants” rather than refugees. Under the EU-Turkey deal which was signed in 2016, negotiations were put in place to support Syrian refugees who were considered “asylum seekers”. Now, 95% of refugees to Greece are from Afghanistan, which allows Greece and Turkey to abandon their commitments to the EU-Turkey deal, and not class non-Syrians as asylum seekers, despite the fact that they may well be.

Greece has put plans in place to shut down overcrowded refugee camps on islands like Lesvos, and replace them with “holding centres” to process new arrivals. A holding centre is the equivalent of a detention centre, whereas the “hot spots” currently set up on Lesvos allow asylum seekers to roam freely while they are being processed.

Grandi condemns this decision “I made clear to the government that UNHCR policy is against detaining asylum seekers,” Grandi said.

Greece has called upon the European Union a number of times to assist in a more cohesive plan regarding the refugee and migration crisis.

Grandi also agreed that “Europe has to get its act together”.