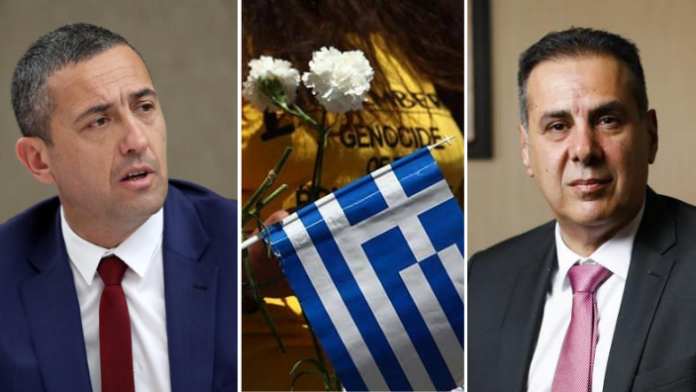 With a new letter addressed to the members of the SA Parliament, the Turkish Government has called the SA government to not support Tom Koutsantonis’ motion to recognise May 19 as the official Greek Genocide Remembrance Day.

The letter, signed by the Turkish Ambassador in Australia, Korhan Karakoc, comes a week after the Executive Secretary of the Australian Turkish Advocacy Alliance, Baris Atayman, called the Members of Parliament to “shun Mr Koutsantonis’ biased political manoeuvre.”

“This initiative, as a grave distortion of historical facts, is a bombshell that will introduce severe impacts on the social hanrony in South Australia currently enjoyed by the Turkish and the greater Muslim community,” reads the Turkish Ambassador’s letter.

With a post on social media, Koutsantonis says that the Turkish Government is attempting to have him silenced and reiterates that he will not.

“Call your local MP and ask them to support this motion and don’t let anyone silence us,” reads his post.

On Wednesday, May 23, SA MP Irene Pnevmatikos also called on the South Australian government to formally recognise May 19 as a Day of Remembrance for the genocide of Armenians, Hellenes, Assyrians and other minorities in Asia Minor.

The SA Labor MP said she condemns the genocide “as the ultimate act of racial, religious and cultural intolerance,” and called on the Turkish Republic to accept responsibility and to “finally apologise” for its actions.

Federal member for Adelaide, Steve Georganas, has also submitted a request for the matter to be discussed in the Australian Parliament.