Turkey earthquake a chance for rapprochement with Greece 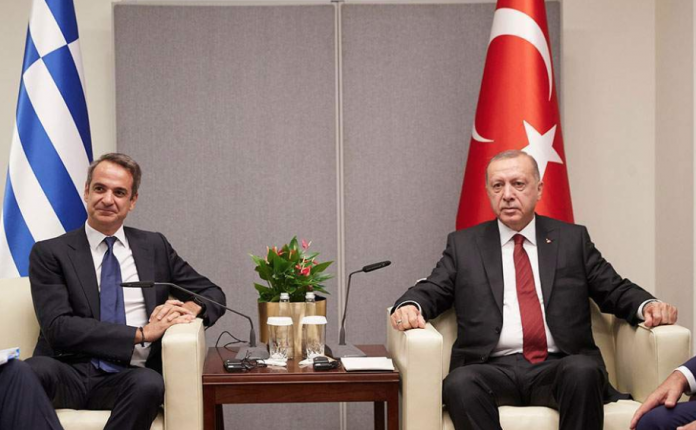 The earthquake that struck Turkey on Friday could provide an opportunity to thaw relations between Ankara and Athens, if certain leaders so desire, said Ekathimerini.

In 1999, earthquakes that struck the two countries, the İzmit earthquake that killed nearly 17,000 and the Athens earthquake that claimed the lives of 143 in Athens, brought about an unexpected warming amid heightened tension, it said in an editorial published on Sunday.

Greece was the first foreign country to pledge aid and support to Turkey during the İzmit earthquake, sending a rescue team of 24 people in addition to a medical team and thousands of tents, mobile hospital units, ambulances, medicine, water, clothes, foods and blankets.

Greek Prime Minister Kyriakos Mitsotakis has expressed the “wholehearted support” of the Greek people following Friday’s 6.8 magnitude earthquake in the eastern province of Elazığ that has claimed the lives of at least 35 and injured over 1,400.

“This is a tragic event that, in the present circumstances, could change a very negative relationship that is also fraught with danger,’’ it said.

Turkish-Greek relations are plagued by an array of issues including the territorial waters of the Aegean and Mediterranean.

Just as the climate between the two countries changed in 1999, with the “sincere expressions of solidarity from Greek citizens and the televised scenes of the extraordinary efforts made by Greek emergency workers,’’ Kathimerini said, a climate of friendship and solidarity can once again emerge from the ruins.

The onus is Turkish President Recep Tayyip Erdoğan to grasp this opportunity by seeking “peaceful coexistence on the basis of good neighbourliness and the rules of international law and set aside the threats and provocations,’’ the article said.