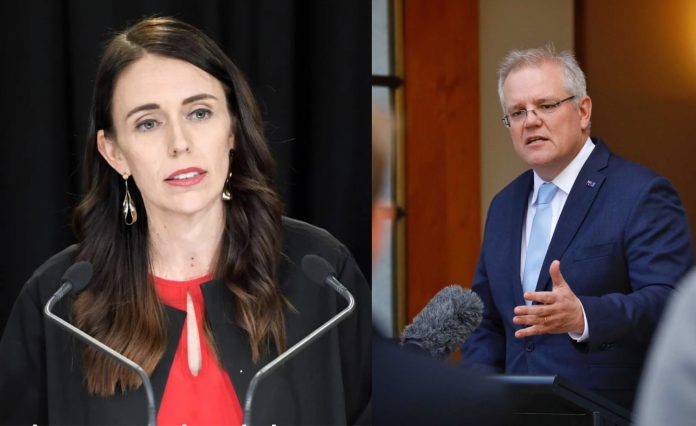 Overseas travel dreams have been crushed by Australian Prime Minister Scott Morrison as he announced that overseas travel would be unlikely without a coronavirus vaccine.

Speaking with Tracy Grimshaw on Thursday, the Australian Prime Minister showed hope in the trans-Tasman ‘travel bubble’ with New Zealand.

“This would be very challenging. I would hope before the end of the year that Australia and New Zealand could agree to a travel zone,” Mr Morrison said.

However, Australians can now kiss their Kiwi travel dreams goodbye, with New Zealand Prime Minister Jacinda Ardern saying Australia has slipped down the pecking order. The upswing of cases in Victoria, and to a lesser extent in New South Wales, has prompted Ardern to look east to form a bubble with the COVID-free Cook Islands.

“It’s clear to us that opening up with Realm countries, keeping in mind they are New Zealand passport holders, will come before any opening up with Australia,” Ardern told Newshub.

Mr Morrison was pressed on Thursday if the trans-Tasman travel bubble was to go ahead, it would mean Australians needed to prepare for a life of never going on holidays overseas again. However, the Prime Minister hoped many would see the opportunities amid the crisis.

“Australian’s can focus on that, if there is no vaccine,” he said.

“I need Australians looking up, forward… they will be encouraging each other. They will be opening their businesses. They will be do whatever they can to keep people in jobs.

“Whether there will be a vaccine, and I hope there will be, then we will deal with whatever circumstance confronts us because that’s what Australians do.”

With a trans-Tasman bubble no longer in the picture, Australians will most-likely need to wait till March before the opportunity of overseas travel arises.