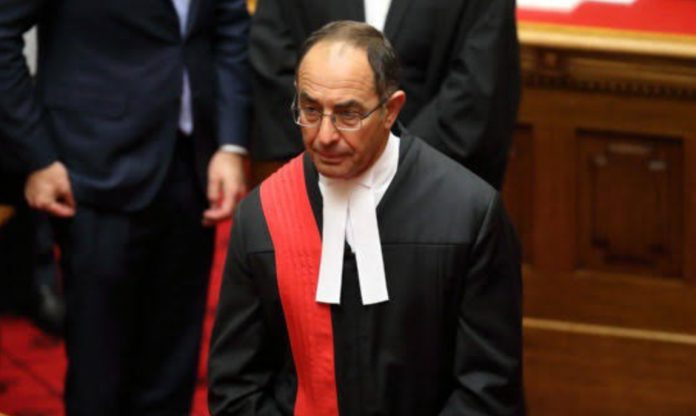 Chief Justice Chris Kourakis has made it loud and clear that enough is enough with mandatory anti-bullying and sexual harassment training to be conducted annually for South Australian lawyers.

The Greek Australia Chief Justice held a meeting with various legal stakeholders, including the South Australian Bar Association, the Law Society of SA and Women Lawyers Association of SA, to discuss “practical solutions” to tackle the scourge of bullying and sexual harassment within the sector.

The group agreed to implement a number of in-principle measures, including:

COMPULSORY and continuing professional development and compulsory training for all lawyers, which will be run by the Law Society of SA;

A CONFIDENTIAL complaints process where practitioners can lodge grievances and receive support and counselling;

ENSURING involvement of the profession from the grassroots level to the highest level, starting at law schools.

“The meeting also recognised a need for ongoing training for all practitioners to be undertaken annually and an acknowledgment of their understanding of the obligation they have in reporting inappropriate behaviour,” a statement from the Courts Administration Authority read.

“The training would include an individual’s responsibility, either as an employer or an employee or simple bystander, in relation to instances of bullying and sexual harassment.”

The actions of Mr Kourakis are in response to a High Court investigation last month into the conduct of former judge Dyson Heydon, 77, with sexual harassment complaints made against him by six young female associates.

Chief Justice Kourakis said he would call another meeting later this year to “map out practical steps for implementation of the strategies”.

“There should be a zero-tolerance attitude to sexual harassment, and we should do all we can to make workplaces safe and inclusive,” he said.

“The society has long advocated for a mandatory continuing profession development for practitioners that relates to inappropriate conduct – ongoing education is key to building a culture of respect and inclusivity.”