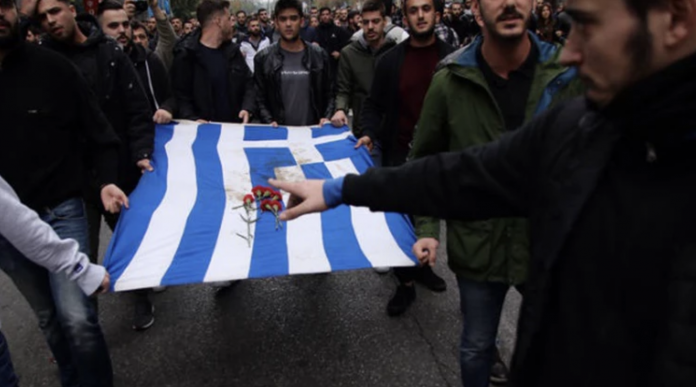 Following the peaceful march of more than 20,000 people for the Polytechnic celebration, tensions ensued in Exarchia, with police making 28 arrests and 13 appeals.

Twenty of those were arrested following clashes after the march, 6 were in the afternoon at the Sp. Trikoupis building, where Molotovs and other objects were found on the terrace, both from the apartment building on Stournari Street. At the expense of those seized, a case file is being formed and will be referred to the prosecutor.

The police authorities have taken all appropriate measures to protect the event. In some cases groups of individuals attempted to commit unlawful acts and attacks on police forces, which resulted in arrests and prosecutions.

A total of 41 people were taken to Athens, out of which 28 were taken into custody:

In addition, two police officers were being treated for injuries from the violent protests.

There were 5,000 police officers on a “red alert” this year for the march, who were forced to take drastic measures to celebrate the three-day event. They were further supported by drones and a police helicopter that were flying in the air.

Police were accused by marchers of using excessive force against non-violent protestors, with journalist Marios Aravantinos being assaulted by police in an attempt to disperse the crowd. The journalist was hit in the left arm by a MAT officer with a bullet, while another police officer fell on him with his shield. It was also reported that the matatzides officers assaulted a woman, injuring her head.

In other cities a total of thirty one (31) people were attacked, in particular fourteen (14) in Thessaloniki, ten (10) in Patra and seven (7) in Heraklion, Crete.