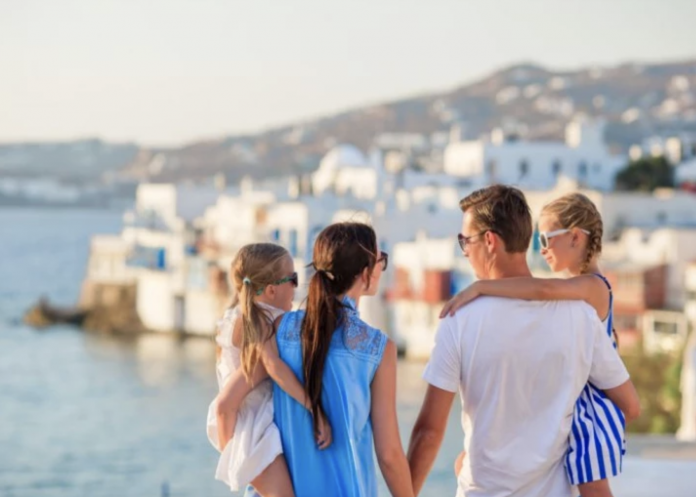 Eight out of ten young couples in Greece would like to have a large family, but cannot afford one, according to a new study concerning the causes of infertility in the country, conducted in January-February 2019.

In brief, poverty experienced by Greek households is the biggest obstacle that reduces births, Greek newspaper “TA NEA” reported Sunday, citing the results of the study.

The research was carried out by the Department of Statistics and Insurance Science of the University of Piraeus in collaboration with HOPEgenesis, a non-profit organization in the field of medicine that addresses the issue of low birth rates in Greece.

Low birth rates are characterised by experts as a “time bomb” on the foundations of Greece’s development prospects.

More specifically, one in two Greeks (52.9 percent) names the high financial cost of pregnancy (prenatal screening and childbirth) and the upbringing of a child, as the most significant hurdles.

Of them, 89.7 percent stated that they would have a child immediately if they were offered the cost of childbirth, while 86.3 percent would start family-planning efforts even tomorrow, provided they received financial incentives for the cost of the nursery.

The study sample consisted of 121 adults, 25-35 years old, from the HOPEgenesis database who had expressed a desire to have a child. Participants resided in remote and inaccessible areas of Greece with a severe birth deficit.

According to the scientists of the study, the birth deficit changes the size as well as the structure of the whole population.

Meanwhile, the migration of young people – mainly scientists – which is yet another consequence of the financial crisis – accelerates population shrinkage.

In Greece, births have been steadily declining since 2008, reaching, according to the Hellenic Statistical Authority’s (ELSTAT) recently published data, a historic low below 86,500 in 2018.

The natural balance (births/deaths) has been negative since 2011, while the estimate of the permanent population for 2018 was 0.25 percent lower than the previous year.

In this context, the Greek government has birth support high on the agenda and is already promoting some first measures – starting in 2020, with a bonus of 2,000 euros for every child born in Greece, based on socio-economic criteria.