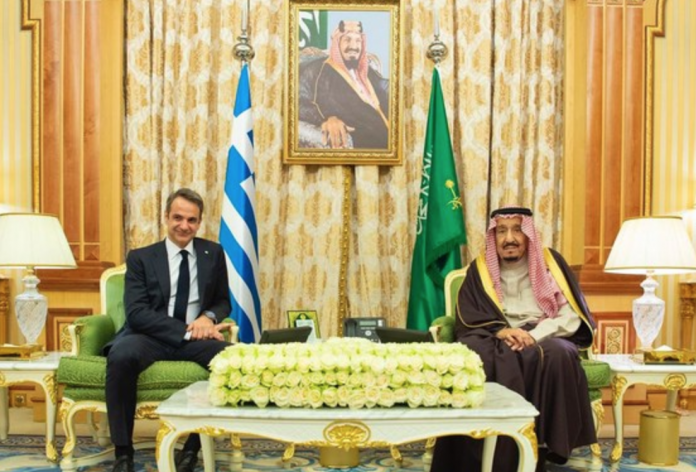 A formal reception was held for Mitsotakis and his accompanying delegation upon their arrival in the Kingdom, which was attended by members of the royal family, ministers, and military leaders.

During the meeting, they reviewed bilateral relations between the two countries and means of boosting them in all fields, as well as regional developments.