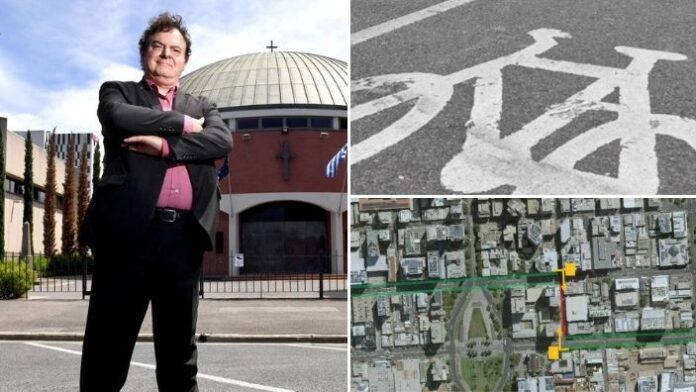 Following a decision by Adelaide City Council to consult the public about the East-West Bikeway from Franklin Street to Hutt Street, The Greek Orthodox Community of SA and St Mary’s College commissioned the report to traffic consultant Melissa Mellen.

In her report, Ms Mellen said the two organisations had legitimate concerns about the impact of the bikeway on public safety and access to a school, two churches and a bingo hall.

The consultant said “a number of factors had not been addressed” with the proposed bikeway route, which featured a dog-leg between Flinders Street and Wakefield Street.

“Disappointedly, the safety of vulnerable road users other than cyclists is a key consideration that has been omitted from the assessment,” Ms Mellen said.

Other safety threats were posed to people attending church services, weddings, funerals and christenings at the Cathedral of Archangels Michael and Gabriel Creek Orthodox Church, along with hundreds of predominantly elderly people who played bingo in an adjacent hall.

Greek Orthodox Community president Bill Gonis said public safety near the bikeway had to become the paramount consideration for the council.

“During the so-called consultation period, Adelaide City Council have not been able to provide any solutions to the concerns which have been raised,” he said.

From her side, Lord Mayor Sandy Verschoor mentioned that public consultation on the bikeway closed last month.