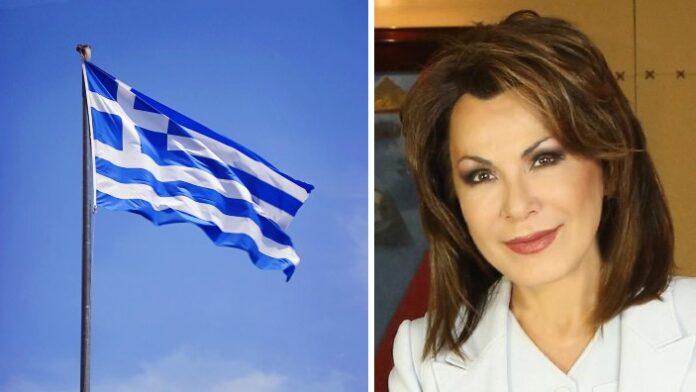 The digital talk, which was moderated by Greek Australian journalist, John Mangos, covered a range of topics including the role of Greek Australians in next year’s bicentennial celebrations for Greece’s independence from the Ottomans.

Mrs Angelopoulos-Daskalaki began the talk by speaking proudly of the Greek Australian diaspora and reminiscing over her time in Australia during the Olympic Games in 2000.

“I remember running with the Olympic flame in Australia and I saw the Greek and Australian flags and I was very proud. Australia felt like a home away from home,” Mrs Angelopoulos-Daskalaki said.

The Ambassador-at-large of the Hellenic Republic went on to say that the ‘Greece 2021’ Committee has received over 1800 event proposals from around the world with 36 from Greek Australians.

“I have about three pages here of proposals from the Greek diaspora in Australia. Events which have been proposed include an exhibition of Greek Australian artists, a Greek Writers Festival, a book launch, and even a photo exhibition,” she says.

“The Greek diaspora in Australia keep the Greek history alive and this is what we want for our 2021 celebrations… You will also be the ones who will put out the message that we are proud Greeks and pass on the torch around the world.”

Mrs Angelopoulos-Daskalaki said however, that the Committee is relying on private donations, sponsorships and selling merchandise, such as the 2021 commemorative coin, to make these proposals possible.

“Because of the ten year crisis in Greece, we don’t want state funding. We have a new category of sponsorships where small, medium and large companies in Greece are able to adopt proposals and invest money into them,” she explains.

Regardless of this unique funding method, the question was still raised to Mrs Angelopoulos-Daskalaki about how the events will even go ahead if the coronavirus pandemic is still raging next year.

“We are good organisers. We understand the importance of Plan A, B and C,” she replied. “We have alternative scenarios for each and every event… if something doesn’t happen in March, it can happen in June.”

“In the end, it’s not just one big opening ceremony. The whole year is important. It’s a time to think, reflect, dance and perform.”