‘Nothing has been done’: SA restaurant owner Ross Galantomos caught in COVID-19 storm 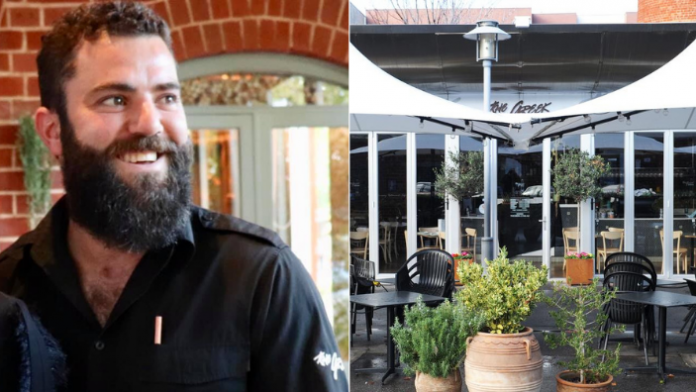 Mr. Galantomos’ restaurant The Greek on Halifax is now feared to be one of two possible super-spreader sites in South Australia’s latest COVID-19 outbreak after a patron and a staff member tested positive.

“On Monday evening when we found out that we were an exposure site from the media, not directly from SA Health, a number of staff members went to get tested straight away,” Mr Galantomos tells ABC News.

Galantomos’ staff, “including the young lady who has tested positive, [who] drove to Tailem Bend [100km of Adelaide] to get a test cause that was the best option,” are considered high-risk and have been caught up in the long queues to get tested.

South Australian Premier Steven Marshall was forced to apologise on Thursday after some people reported wait times of over 14 hours at Adelaide testing stations, while others said they had to sleep in their cars.

Mr Galantomos says he and his staff were also left confused with SA Health said in a press conference they would all be going into hotel quarantine.

“In the press conference, we were told that we were going with our families into a hotel and to get ready. We’re just not prepared for that,” he said.

“SA Health said ‘yes it’s happening, start preparing, pack your bags, you’ll get notification soon’ and then an hour later another person called and said ‘it’s not happening, we don’t have the capacity to put everyone in there, we’re prioritising people.'”

Only 53 of the 91 people who attended The Greek on Halifax had been tested for COVID-19 as of  the state’s press conference on Thursday morning, according to health authorities.

Mr Galantomos also says he hasn’t been contacted by authorities to give the go-ahead for his day five COVID-19 test at their ‘invite only’ priority testing site for people deemed most at risk.

“We just feel a little bit like we’ve been left in the dark,” he said.

”Everyone wants to do the right thing but we don’t know what to do. Should we wait to hear about this priority test site and whether we’re eligible or get in a queue and wait?”

“You can understand that when you first find out, but today is Thursday and we’re looking down the prospect of the same situation and near nothing has been done.”

This is among a record number of tests – over 23,000 in 24 hours – administered during the first few days of the state’s lockdown.

New South Wales recorded 136 new COVID-19 cases and another death in the 24 hours to 8pm on Thursday 22 July. 77 were linked to a known case or cluster and 59 were infectious while in the community.

In response, the NSW Premier Gladys Berejiklian said the state ‘will not be close’ to reopening as scheduled next week and introduced new restrictions for certain local government areas (LGAs) in western Sydney.

Victoria recorded 14 new COVID-19 cases, with 10 in isolation throughout their infectious period.