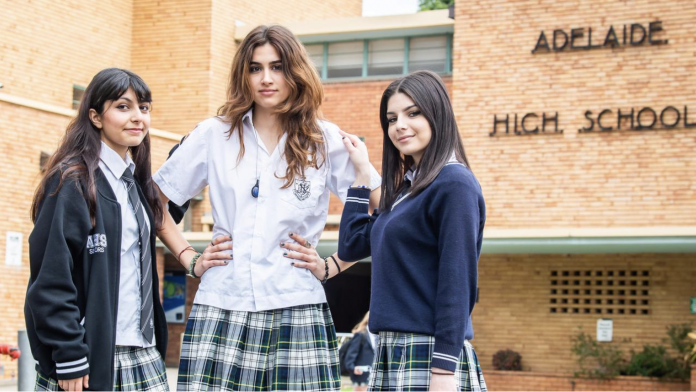 Adelaide High students, among them some of Greek background, walked out of class on Tuesday, to protest sexist behaviour at their school – including claims nude pictures of a girl were being sold for $5 a text, the Advertiser reports.

Up to 100 students outside the West Tce campus aired their disgust over the school’s alleged “toxic sexist culture” and an alleged lack of appropriate leadership response to it.

Call4Action school group member Sophia, 17, said students were upset by what they perceived as the school’s poor response to student allegations of sexual harassment and assault first raised to leadership last month and publicly on social media.

The students are demanding an apology to both pupils and caregivers over lack of action and misleading information, a whole-school approach to sexual education and respectful relationships, and accountability of perpetrators.

A Change.org student petition calling for an end to sexism and sexual assault at Adelaide High School has attracted more than 6000 signatures.

It is understood Ms Green has offered to meet with the students organising the protest – an offer which has not yet been taken up.

Ms Green last week said in a letter addressed to students that they could contact her directly to discuss any unresolved issues, as well as provide feedback on the school’s delivery of the Keeping Safe: Child Protection Curriculum.

The Adelaide High School walkout follows a national student movement calling for earlier and improved sexual consent through a petition.