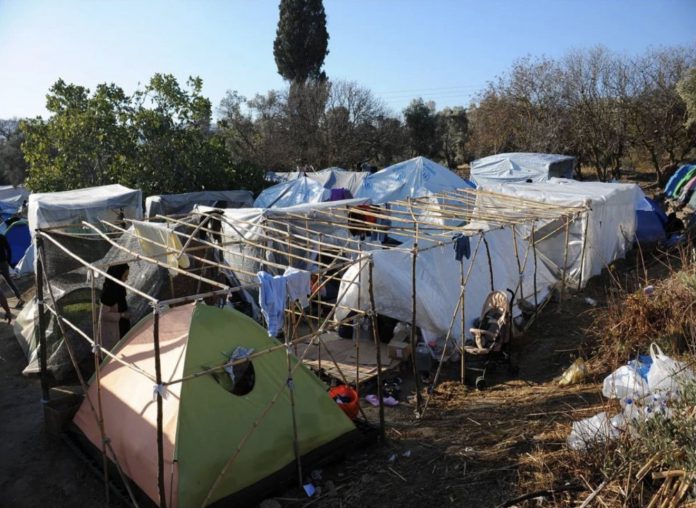 The plan announced calls for stricter border guarding with the establishment of a single body, closed centres in the Aegean islands, decommissioning of structures and compensatory benefits for local communities where refugees and migrants are housed.

The Greek Government foresees the establishment of closed centres in Samos, Chios, Lesvos, Kos and Leros. In three of them, the capacity will be at least 5,000, while in Kos it will be 2,000 and in Leros it will be 1,000. Mr Stefanis voiced that the government plans to transfer 20,000 refugees from the Aegean islands by the end of 2020.

The new centres will replace existing ones, such as Moria and Vathi, which are open and closed, while the government aims to implement a comprehensive set of standards. These such standards include:

The Government also predicts that the deterioration of weather conditions will reduce flows of protectionists and families being moved to inland (hotels).

“In the short term we are restoring control and security to the crisis-affected areas, while in the medium term we are implementing a number of actions aimed at not only restoring regularity to all aspects of Greek people’s lives, but creating the conditions for them to be shielded” said Mr. Stephanis.

As mentioned above, Stephanis announced the following 5 + 1 actions for the governments second phase and medium term planning:

“Today, on the International Day for the Rights of the Child, we announce a special action. A National Coordinator is appointed through the Presidency of the Government, in co-operation with the Ministry of Labor and the Ministry of Citizen Protection. Expect announcements from the Prime Minister himself,” said Mr Stephanis.

Defining the framework of their obligations and the specific criteria they are required to have. Stay and operate in the country, only those who qualify.

The adoption of the new law provides the framework needed to speed up procedures and either approve asylum or return non-eligible persons to their country of origin or entry. At the same time, the recruitment of 500 people is underway, which will strengthen the Asylum Services.

Lesvos are closed: In Lesvos, the existing Structure in Molea will be gradually closed, while a new closed Structure will be created, which will be used as a Pre-departure Centre and a Reception and Identification Centre. (CT), capacity: 5,000+

Chios: In Chios, the existing Structure in Vial will be closed (near Chalkio), while a new closed Structure will be created, which will be used as a Pre-Departure Centre and Reception and Identification Centre (TSD), with a capacity of: 5,000+

Samos: In Samos, the existing Structure – CTO will be closed in Vathi, while the Structure under construction will be expanded and used as a Pre-Concession Centre and Reception and Identification Centre (CTO), with a capacity of: 5,000+

Kos: In Kos, the existing Structure will be turned into a Closed, as a Pre-Concession Centre and Reception and Identification Centre (TSO), with a capacity of: 2,000+

Leros: At LERO, the existing Structure will be transformed to a Closed, as a Pre-Departure Centre and Reception and Identification Centre (CTR), capacity: 1,000+

At this point I would like to show you where we are now and what is the desired situation.

• Improving the structures of Health, Education, Public Welfare and Tourism in areas where migrants and refugees are welcomed. The government is also committed to making the most of the benefit to local communities of Structures / CTs once the issue is completed.

• The government is also committed to taking account of the locality required when recruiting to the Structures / CTs.

• Finally, at the behest of the Prime Minister, a Special Fund of 20 million euros is set up for 2020 to finance the “Solidarity Program” implemented by the Ministry of Interior to support the municipalities that will be burdened by refugees and immigrants.

“The legal framework is in place, staffing is planned with the recruitment of 400 Border Guards for Evros and 800 for the islands, € 14m has already been allocated (on 08 Nov 19) to address immediate needs, procedures have been stepped up for the unblocking of the National Integrated Maritime Surveillance System (ESSOTE) (work started in 2014 and initial forecast is to be completed in August 2022, which is unacceptable), with the Prime Minister’s personal intervention provided by the shipowners association. 10 modern fast p touch to HCG, which meet the specifications required for the fulfilment of their mission, and their delivery will take place in the coming months, and many more.“