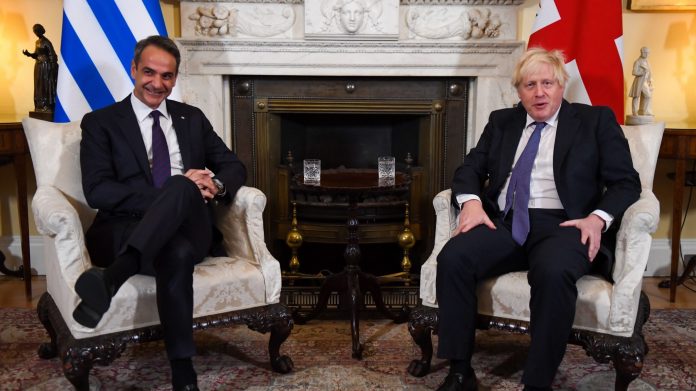 According to a press release from the Greek PM’s office, the leaders discussed the challenges ahead of next week’s NATO Summit in Madrid, “at a crucial juncture in showing unity in support of Ukraine.”

In a press release coming out of the UK, it was reported that Johnson said, “the international community needed to shift the dial on Ukraine to end the suffering of the Ukrainian people and the devastating impact of Putin’s barbarism on global food and energy prices.”

The British PM stressed that Western inaction will only give Putin complete freedom to keep attacking.

During the talks, the leaders welcomed the potential for future Greek-UK cooperation in a range of areas, including defence and agreed to meet in Madrid on the sidelines of the Summit next week.