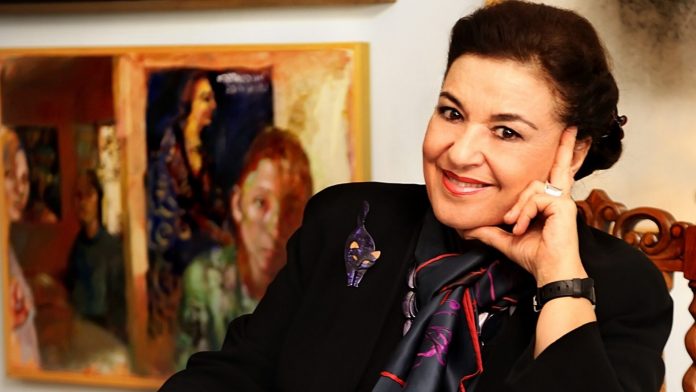 Marina Lambraki-Plaka, an art historian and director of the National Gallery in Athens for almost 30 years, passed away in hospital on Monday morning at the age of 83.

Having been a long-time director of the National Gallery, Lambraki-Plaka was called the “Iron Lady” of the Greek Arts.

Following her death, Greek politicians have paid tribute to the art historian and sent their condolences to her family.

Greece’s Culture Minister, Lina Mendoni, also expressed her “real pain” at the loss of Lambraki-Plaka. The minister praised her contribution in making Greek artists such as Theodoros Vryzakis, Nikephoros Lytras and Yannis Tsarouchis better known to an international audience.

“We owe her a big thank you for the dedication, creativity and love she showed all these years in the Gallery, in art, in Greece” Mendoni said.

“I personally thank her for her friendship and the art lessons she offered us generously, charmingly, and unforgettably. My deepest condolences to her family and friends.”

Born in Arkalochori, Crete in 1939, Lambraki-Plaka was an archaeologist and professor emeritus of Art History at the School of Fine Arts. She served as the director of the National Gallery from 1992 and as deputy minister of culture in the caretaker government of 2015.

During her tenure as president of the National Gallery, the museum expanded with new branches in Corfu, Nafplio, and the Sculpture Gallery in Goudi.