Kyriakos Mitsotakis calls for ‘active solidarity’ on migration from EU 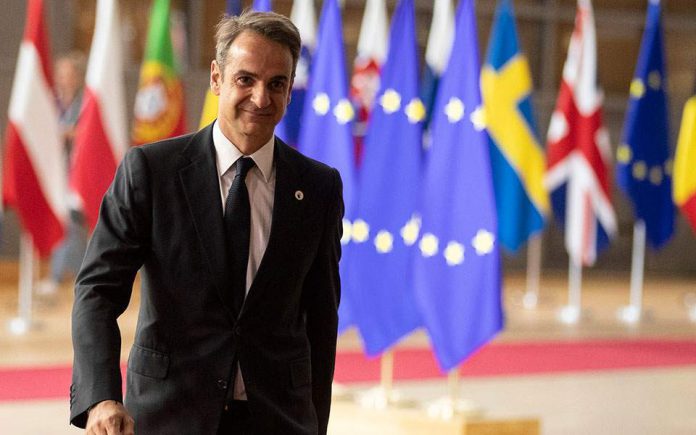 As he arrived on Thursday for a two-day summit in Brussels to hammer out the European Union’s joint seven-year budget, Prime Minister Kyriakos Mitsotakis called for “active solidarity” from the bloc to help Greece deal with migration.

“We call for active solidarity – not just words – in dealing with the refugee/migrant problem and guarding the borders, as Greek borders are also European,” he told reporters.

His statement comes as a bi-weekly report compiled by the Labor Ministry’s National Center for Social Solidarity (EKKA), showing that an estimated 5,463 unaccompanied refugee children were living in Greece at the end of January.

This time last month, Mitsotakis’ government announced a new ministry of migration and asylum, as they looked to increase efforts to accelerate policy implementation following recent controversy on the Greek islands in the northeastern Aegean Sea.

The government has also stated that it will move ahead with its plans to replace current “open” camps like Moria on the Greek island of Lesvos — despite protests on the Aegean islands.