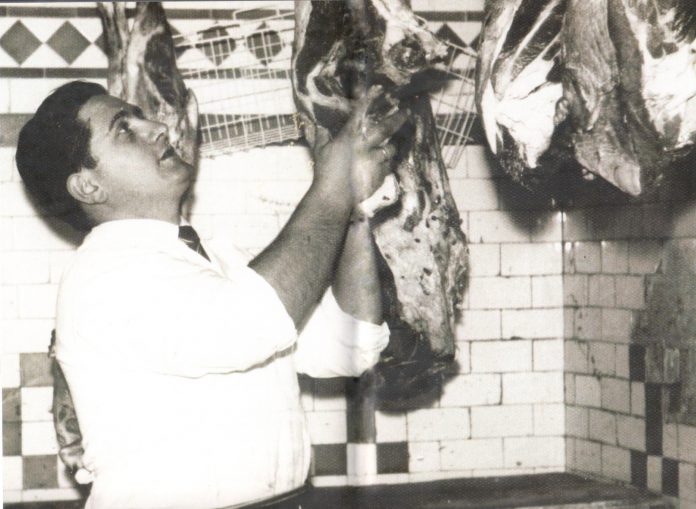 ‘Nickos – The Young Greek Immigrant’ is an inspiring biography of a thirteen year old boy who went from peeling potatoes at the Trocadero Café in Trangie, NSW to becoming one of Australia’s most successful businessmen in his industry.

When successful entrepreneur Nick Andrews decided to write his book, he held onto the same motivation that drove his life’s success; family. While his biography documents his journey, it also offers insight into what was needed to become the success he is today. The most impactful lesson readers will take, is the adversity behind each migrant success story that is often overlooked in the Greek-Australian community.

This is a story that serves as a reminder to young Greek-Australians, that they do not need to look too far to see the result of hard work. In fact, they themselves are a product of it.

It is the lessons birthed from the migrant success story that motivated Nick to write his biography, so that the Andrews family can carry this legacy with them forever.

Nick was sent by his parents to Australia at the age of 13 to protect him from execution by the Guerilla movement in Greece at the time. As he was the eldest son, and his brothers were too young to travel, Nick had to make the journey alone.

Before Nick begins his journey, he is left with one crucial piece of advice from his father that he can now passes on to the successive generations of his family:

“Of course you will make mistakes. We all do. But learn from them. People who say they don’t make mistakes, don’t make decisions either. Don’t ever do anything to another person that you wouldn’t want others to do to you. To respect yourself you have to do the right thing. You are a young boy, but when you reach twenty-one years of age you should know what is right or wrong.”

A young Nick Andrews began his journey from a small village in Porovitsa, onto a train in Akrata, a plane to Cyprus, a lengthy stopover in Egypt and finally arrived in Sydney, Australia.

Nick also offers some valuable advice he was given by his Uncle Milton, which summarises the efficiency and frankness of the traditional Greek values to success:

“When you go to Australia, be careful to be a good man. You’re only young, but you will have to grow up quickly. Don’t steal. Don’t tell lies. Don’t mix with bad company because people will say, ‘Show me your friend and I will tell you who you are’…And don’t mix with bad women.”

“Much of my memory of that voyage is lost now. I was not seasick, and like a little, scared boy I saw the whole thing as an adventure,” explains Nick.

He was met by his Uncle Sam in Rose Bay, but Nick’s journey did not end there. He eventually ended up in a small town outside of Dubbo called Trangie, where he purchased a café from his Uncle at the young age of 17. This is the accomplishment that Nick says he is most proud of in his life to date, aside from his family.

Today, Nick Andrews is the CEO of the successful AMPCO Group, which is a large national and international exporter and distributor of quality meat products.

His progression into this business also began at an early age, and was fuelled by the Greek spirit of wanting to provide his customers with the best products available. After Nick came into a disagreement with the local butcher providing his café with low quality meats, Nick decided to open his own butcher in opposition. From there, he discovered he had a knack for the business world, and over the past 60 years has managed to become one of Australia’s leading suppliers.

Though, throughout all his business ventures and budding successes, the young Nick that left Porovitsa at 13, was never forgotten. This is why one of Nick’s proudest achievements is from 1951, when he was able to build his parents their dream home in Akrata.

There are certain tales throughout this book that every Greek migrant can relate to, like “putting money in biscuit tins”, and being invited to the homes of other Greek migrants for ‘proxenio’ with their daughters.

Though, there are also some fascinating recounts that highlight the particularly interesting life Nick has led. These include plans to start a nightclub in Sydney with Frank Sinatra, and being Japan’s favourite meat importer.

As Greek Australians have moved further away from experiencing these tales themselves, Nick’s passion to cement them into history, through his book, is something that all generations can appreciate. This is what Nick has emphasised as his motivation to write his biography. Its primary purpose was for his family; past, present and future.

“My greatest happiness comes not from making real estate deals, making a killing on an export deal…No, my happiness comes from seeing, hearing, feeling my family,” says Nick.

“My only dream as a boy was to make enough money in Australia to be able to buy my father a pushbike. But my father had more faith in me, more than I could ever have imagined…”

The biggest lesson Mr Andrews aims to translate to all future Andrews generations and beyond is “Trusting is good, Checking is Better!” – “Once any person has a thought, a will or a dream to pursue it. Set yourself goals, try hard and you can succeed! Dreams can come true, believe in yourself!”

By creating this book, Nick tributes the values he learnt from his father, crediting his legacy to those before him. While doing this, he has created a memoir that all future generations can draw upon to ensure the grit and determination of the Greek migrant success story is never lost.

Nickos was launched 18th August 2019 and is NOW AVAILABLE in hardcover for $35 on Amazon.com.au. All sales from Mr Andrews’ book will be donated to the Humpty Dumpty Foundation, Rotary Charity and more.