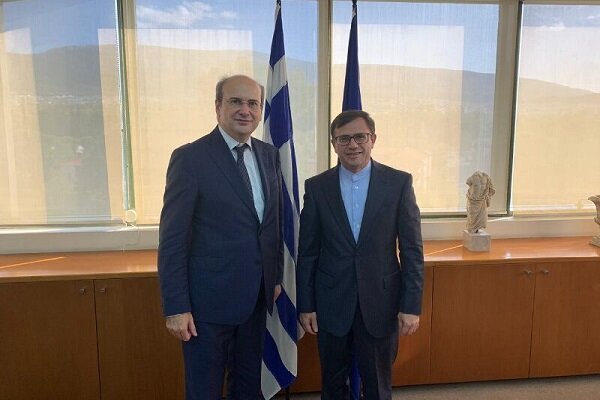 The Iranian ambassador to Greece Ahmad Naderi and the Greek Environment and Energy Minister Kostis Hatzidakis met on Friday to discuss cooperations between Iran and Greece.

The Iranian envoy said that there are plenty of grounds in environment and energy sectors which can enhance bilateral ties, highlighting that exchange of economic delegations, sharing of experiences in establishing solar farms, and management of water resources can be further discussed between the two countries.

The Greek minister also said that his country has closest ties with Iran among other EU states. He noted that one cannot neglect Iran’s grandeur and history, adding that Greece is ready to play a constructive and positive role to solve various problems.